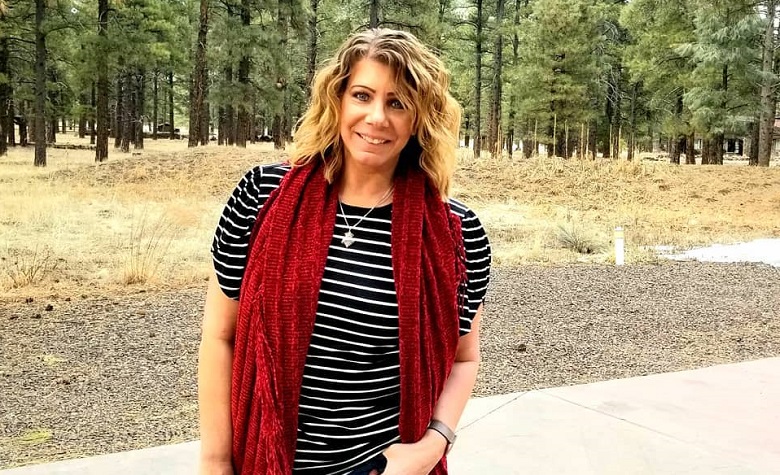 Sister Wives star Meri Brown loves to share cryptic quotes on social media. Fans also think that most of Meri’s quotes depict her struggling relationship with Kody Brown. It’s known that Kody and Meri’s relationship has been dying for years. Some also think that it’s only getting worse due to Kody’s favoritism toward Robyn Brown. However, it seems that Meri doesn’t want to give up. Instead, she’s also posting motivational quotes. Some even praised Meri for being an inspiration due to her strong words. Now, Meri is back to sharing another motivational message. But this time, Meri talks about how she handles being broken.

In a social media post, Sister Wives star Meri Brown shared a quote that talks about how she handles being broken. According to Meri, any person can be broken, knocked down, feel defeated, and feel pain. However, Meri said that anyone can also keep trying to find a way to stand back up. Meri also said that anyone can be unbreakable, which seems to depict what she’s been trying to do throughout the years. Apparently, Meri has been struggling with Kody Brown for so long. But it seems that Meri never lost hope that Kody will eventually appreciate her efforts.

Meri Is Sending Delicious Treats For Her Customers

Aside from sharing puzzling quotes, Sister Wives star Meri Brown also took to social media to share a wholesome post about sending treats to her customers. Apparently, Meri is sending her popular rice crispy treats to her customers in LuLaRoe. “Listen y’all, when you’re a customer of mine, sometimes you get rewarded with these sweet treats!” Meri said. Many were excited about Meri’s free rice crispy treats. However, some backed down from the offer due to the controversial reputation of LuLaRoe. “Love the treats, not sure about LuLaRoe,” one fan said. “Can we buy the rice crispy treats without buying LLR?” another fan added.

Sister Wives: The Wives Continue To Have Fun Amid Kody Brown’s Absence

Sister Wives fans have been noticing Kody Brown’s absence from his other wives in recent years. According to some, it seems that Kody and Robyn Brown’s monogamous-like relationship is becoming more obvious. However, despite their unfair relationship, the other wives continue to show that they’re having so much fun with their lives. One of them is Meri Brown, who recently attended a huge gathering with her business partners from LuLaRoe. Janelle Brown and Christine Brown have been traveling lately as well, and fans think that they’re having a blast despite Kody’s absence.

It’s clear to see that the other wives are starting to find ways to have fun in their lives. Meanwhile, fans are still hoping that Kody will come up with something to keep his wives on the same page.