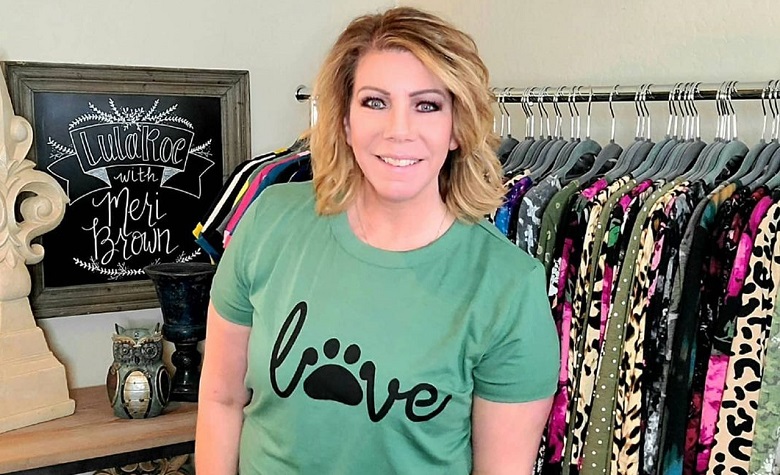 Sister Wives star Meri Brown has been making headlines due to her recent travels. According to some, it seems that Meri is trying to live her best life despite Kod Brown’s absence. Fans are also showing support to Meri all the way, but some are hoping that she’d consider leaving as well. Apparently, Meri and Kody have been struggling for years. Fans are also blaming Kody for his monogamous-like relationship with Robyn Brown. Now, Meri is back to share another update for the fans. But this time, Meri shares why she’s thankful for LuLaRoe.

In a social media post, Sister Wives star Meri Brown shared a lengthy message dedicated to her friends in LuLaRoe. According to Meri, LuLaRoe helped her find and make friends with some of the strongest women she has ever seen. Meri also said that she’s honored and thankful for all the friends she made in the company. “I’m forever grateful for the doors that have opened up for me and the friendships that have been formed in this amazing community!” she added. Moments later, fans took Meri’s comment section to praise her for her inspiring words. “Love you meri! Stay strong you inspire me!” one fan said. “You make the world a better place. Glad you are my forever friend,” another fan added.

Sister Wives star Meri Brown loves to talk about how LuLaRoe affected her life in a positive way. According to some, it’s clear to see that Meri is still staying strong with LuLaRoe. Fans also think that she has become a well-known partner of the company. Despite LuLaRoe’s controversies, it seems that Meri won’t leave and will continue to prove that critics wrong. At this point, it seems that Meri is the only sister wife that has a strong connection with the company. Fans also think that Christine Brown has stepped away after learning about the dark secrets of the company.

Sister Wives: Meri Remains Silent When It Comes To The Family

At this point, Sister Wives star Meri Brown has yet to share any updates about Kody Brown and the other wives. It’s known that Season 16 didn’t end well for the plural family. Fans also think that they’re still struggling behind the cameras. Meanwhile, others think that Meri doesn’t want to talk about Kody anymore due to his unfair relationship with Robyn Brown. There are reports stating that Kody is still planning to build his ambitious housing project in Coyote Pass, but fans think that it won’t be enough to bring back their once wholesome and peaceful lifestyle.

It’s clear to see that things are still falling apart in the plural family. However, fans are still hoping that TLC will bring them back and give Kody a chance to fix his family.