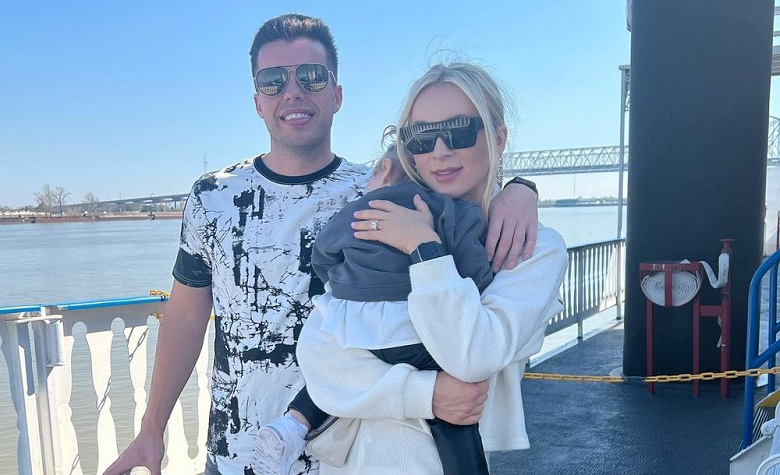 90 Day Fiance star Jovi Dufren has been keeping in touch with the fans lately. Most of the time, Jovi shares wholesome pictures of himself with Yara Zaya and Mylah. Apparently, the two have been dealing with so much stress lately due to the ongoing war in Yara’s home country, Ukraine. However, fans are praising Jovi for his efforts in keeping Yara smiling despite all the heartbreaks. Now, Jovi is back to share more updates for the fans. This time, Jovi answers questions about their plans for baby number 2.

90 Day Fiance star Jovi Dufren took to social media to answer different questions from the fans. One of which is his plans for having another child with Yara Zaya. Apparently, fans have been wondering if Jovi and Yara will go for baby number 2, especially now that Mylah is getting bigger. “I’m thinking 2 could be perfect. Can still have a good life balance and be able to give birth a lot of attention,” Jovi said. It’s clear to see that Jovi knows the importance of parenting and he doesn’t want to let go of his attention towards Mylah. Fans are also praising Jovi for his efforts in stepping away from his past habits to focus more on his daughter.

Jovi Shares How They’re Able To Travel A Lot

90 Day Fiance star Jovi Dufren also answered a question regarding how he and Yara Zaya were able to travel a lot. Apparently, fans noticed that Jovi and his family have been to different states over the past couple of months. According to Jovi, he and Yara don’t really have much time for themselves. However, they’ve been trying their best to take advantage of any free time they can get to travel and have a little getaway.

90 Day Fiance star Jovi Dufren also opened up about his wedding plans with Yara Zaya in Ukraine. Apparently, the two have been planning to do another wedding in Ukraine. However, the ongoing war in Yara’s home country has been a huge challenge for them. “Unfortunately we hadn’t been able to. It’s something we always planned to do,” Jovi said. Meanwhile, fans have been showing support to Jovi and Yara online. Fans are also glad that Yara is starting to feel better now after being hospitalized after learning about the war in her home country.

It’s clear to see that Jovi and Yara are trying their best to keep in touch with their fans. Many are also hoping that the two will stay in the franchise and receive more spinoffs.