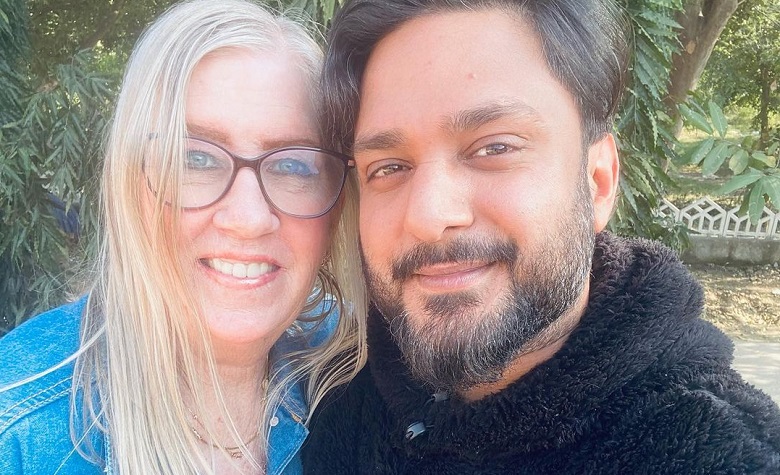 90 Day Fiance stars Sumit Singh and Jenny Slatten have been keeping in touch with the fans lately. Most of the time, the two share pictures from their dates and other outdoor activities. It also appears that there have been no roadblocks for the two since getting married. Fans also think that Sumit and Jenny are looking a lot happier lately. Now, Sumit is back to share another update with the fans. This time, Sumit shares his morning date with Jenny, and fans think that they’ve been having a blast with their marriage.

In a social media post, 90 Day Fiance star Sumit Singh shared a picture with Jenny Slatten during their morning date. “On a coffee date with my beautiful wife @jan_frmsan. Any guesses which one of us ordered #americano and which one ordered #cappuccino?” Sumit captioned. It’s clear to see that Sumit and Jenny are living their best lives as a married couple. Fans also took Sumit’s comment section to talk about their never-ending sweet posts online. “You guys are living your best life. So cute together,” one fan said. “You look great Jenny, lovely couple, love will conquer everything,” another fan added.

90 Day Fiance fans are also praising Sumit Singh for finally fulfilling his promise of marrying Jenny Slatten. Apparently, fans doubted Sumit multiple times during their show as he seem to make excuses to delay his wedding with Jenny. Fans even accused Sumit of faking his love for Jenny and only doing it for the show. However, Sumit proved to everyone that he loves Jenny by marrying her despite all the critics.

At this point, 90 Day Fiance stars Sumit Singh and Jenny Slatten have yet to share what’s the next big step in their marriage. The two also made it clear that they still have no plans of having kids. Apparently, Sumit and Jenny have been asked multiple times regarding adopting or surrogacy. However, it seems that the two just want to enjoy their marriage first before making another major decision. It also appears that the two are having so much fun living in India. Sumit even took social media recently to share that they went to a Holi Festival.

It’s clear to see that Sumit and Jenn are living their best lives together. Fans are also cheering for the two and wish them the best in their marriage.