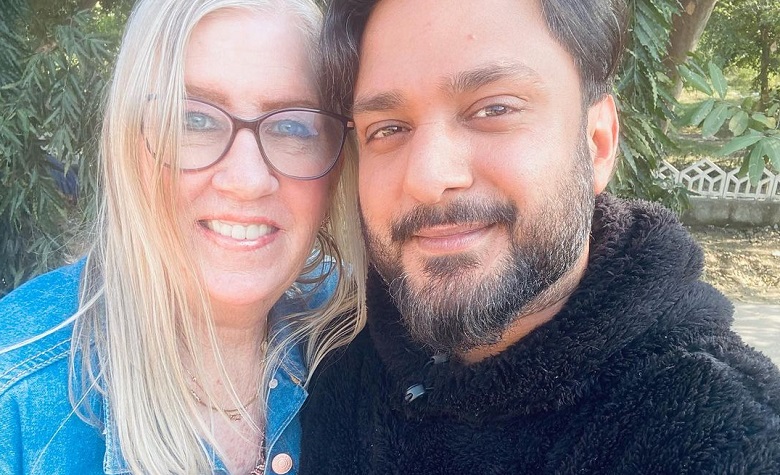 90 Day Fiance stars Sumit Singh and Jenny Slatten have been sharing updates with the fans lately. Most of the time, the two share their dinner dates and other outdoor activities. It’s clear to see that Sumit and Jenny are having so much fun together after getting married. Fans have been showing full support to the couple as well. Now, Sumit and Jenny are back to share another update with the fans. This time, the two talk about how important love is to a couple.

90 Day Fiance: Sumit Singh & Jenny Slatten Having A Blast With Their Marriage

In a social media post, 90 Day Fiance star Jenny Slatten shared a picture of her with her husband, Sumit Singh. Apparently, the two are on a date again and fans are happy to see them having a blast with their marriage. “Love is so powerful! Try to avoid hate and negativity and your life will be most beautiful,” Jenny said. Fans also took Jenny’s comment section to wish her and Sumit the best in their marriage.

90 Day Fiance star Jenny Slatten also took social media to share a clip of her showing off stunning photos of Sumit Singh. “I always feel better when I am with you,” Jenny captioned. It’s clear to see that the two are so in love with each other. Fans are also glad that Sumit finally proved how much he loves Jenny. Apparently, fans doubted Sumit’s true feelings for Jenny. Some also accused Sumit of trying to stall their marriage.

At this point, 90 Day Fiance stars Sumit Singh and Jenny Slatten have yet to share their next plans after their marriage. There are rumors stating that the two are considering adoption. Meanwhile, some think that Sumit and Jenny will continue to live their best lives and travel to different places. Jenny has yet to share if she and Sumit will go to the U.S and live there for good. However, fans are speculating that Jenny might end up staying in India with Sumit as well.

Jenny and Sumit have been an inspiration for many due to their incredible love story. Fans are also hoping that the two will stay strong despite all the hate and criticisms.