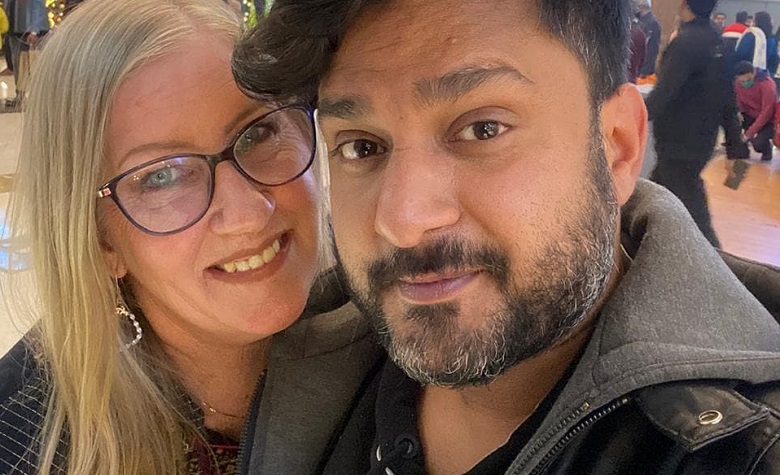 90 Day Fiance fans have been cheering for Sumit Singh and Jenny Slatten. Apparently, the two finally got married after years of waiting. It even came to the point where fans doubted Sumit’s desire to marry Jenny. Some even thought that he was just stalling his wedding and he doesn’t really want to live with Jenny for good. However, Sumit shut down all the rumors and proved how much he loves Jenny. The two have been sharing wholesome pictures of themselves on social media lately. Sumit also revealed that he and Jenny just celebrated the Holi Festival in India.

In a social media post, 90 Day Fiance star Sumit Singh shared a picture of him and his wife, Jenny Slatten, celebrating the Holi Festival. “Happy Holi from India,” Sumit captioned. It’s clear to see that Jenny and Sumit had a blast at the festival. Fans also took Sumit’s comment section to talk about how adorable they look. “I love this colorful holiday !!! You two look so cute,’ one fan said. “Happy Holidays. You guys look so beautiful,” another fan added.

Sumit & Jenny Living Their Best Lives After Getting Married

It’s clear to see that 90 Day Fiance stars Sumit Singh and Jenny Slatten are living their best lives after tying the knot. They’ve been receiving the support of the fans and their family as well. Fans even want TLC to give the couple a spinoff where they share their lives as a newlywed couple. Meanwhile, Sumit and Jenny have been sharing their travels lately. It also appears that traveling and going on dinner dates are some of their favorite activities as a married couple.

90 Day Fiance fans also found a hilarious exchange between Sumit Singh, Jenny Slatten, and Christina. Apparently, Sumit shared a quote that talks about focusing on love to avoid negativity. However, it seems that Christina still hasn’t found the love of her life and sarcastically thanked Sumit and Jenny for the quote. Jenny even apologized to her daughter for the quote and the three ended with tons of laughing emoticons.

It’s clear to see that Sumit and Jenny are now stress-free after getting married. Fans are also hoping that the two will continue to share their wholesome life as a married couple.