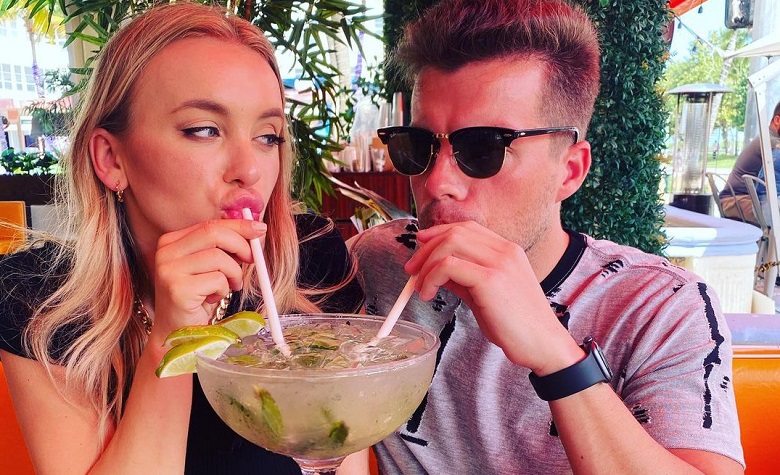 90 Day Fiance star Jovi Dufren has been keeping in touch with the fans lately. Most of the time, Jovi shares heartbreaking news and updates regarding the ongoing war in Ukraine. It’s also clear to see that Yara Zaya is brokenhearted for everything that’s happening in her home country. Due to this, fans took the couple’s social media to send thoughts and prayers. Meanwhile, it seems that Jovi won’t let negativities surround his family. Apparently, Jovi took to social media to share wholesome throwback pictures from his scuba diving with Yara.

In a social media post, 90 Day Fiance star Jovi Dufren shared a throwback picture from his scuba diving with Yara Zaya. “Throwing it back to me teaching @yarazaya how to scuba dive,” Jovi said. “This is back off the coast of Bali in the Gili islands. Now that Bali is open again I think it may be time to start planning a trip,” he added. It’s clear to see that Jovi is trying to stay positive on social media amid all the world problems that have been happening lately. Fans also commend Jovi for staying by Yara’s side when she needed him the most.

Jovi & Yara Continues To Receive Support From The Fans

90 Day Fiance stars Jovi Dufren and Yara Zaya have been receiving the support of the fans lately. Apparently, fans are sending thoughts and prayers for the two and wish them the best amid all the problems they’ve been facing. Fans are also hoping that Yara will stay healthy after reports claimed that she was hospitalized due to the stress caused by the ongoing war in her home country. Meanwhile, fans praise Jovi for his efforts in keeping his wife strong. “I’m sure it comforts Yara to know you love her country too. I am beyond impressed with the spirit of the Ukrainian people,” one fan said. “Praying so hard for Ukraine hoping the best for your family and friends,” another fan added.

90 Day Fiance: Yara Zaya Took A Break From Her Business?

90 Day Fiance fans also noticed that Yara Zaya hasn’t been active when it comes to her business. It’s known that Yara has been doing well with her makeup line over the past few months. However, it seems that she’s taking a break for a while due to the emotional stress caused by the ongoing war in her home country. Meanwhile, fans are still supporting Yara and many are already waiting for the new releases in her makeup line.

It’s clear to see that Yara and Jovi are still receiving the support of the fans. Some are even speculating that they will continue to star in many shows on TLC.