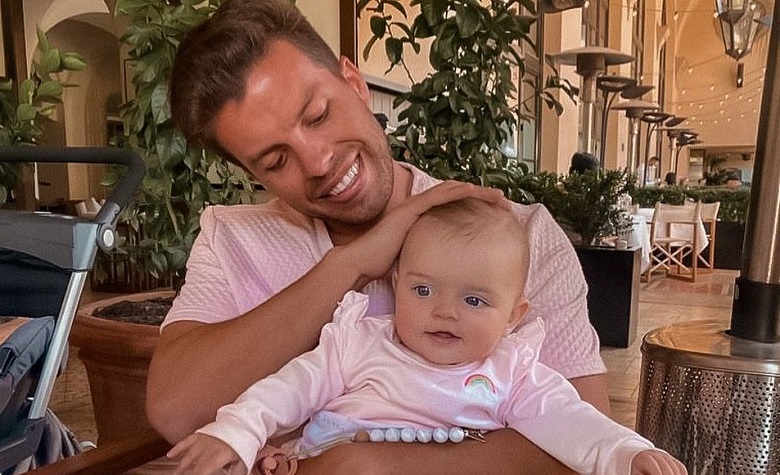 It’s been a roller coaster of emotion for 90 Day Fiance stars Yara Zaya and Jovi Dufren of the past few weeks. Apparently, the two are broken-hearted from on ongoing war in Ukraine. Jovi himself also said that he and Yara were supposed to travel to Ukraine soon. Sadly, it seems that it’s going to take some time before they can travel back to Yara’s hometown. However, despite the recent heartbreaks, Jovi is still making efforts to spread positivity. He even opened up about how much being a father means to him amid all the crises that the world is experiencing.

90 Day Fiance: Jovi Dufren Opens Up About How Much Being A Father Means To Him

In a social media post, 90 Day Fiance star Jovi Dufren opened up about his life of being a father to Mylah. “Being a father is much more fulfilling than I ever expected it would be,” Jovi said. “Enjoying every moment. Sometimes I wonder how her life will be growing up in this crazy world,” he added. It’s clear to see that Jovi’s personality has changed in recent years. According to some, he became a family-first guy and it seems that he’s no longer interested in partying and drinking. Fans are also proud of his newfound maturity and hope that he will continue to stay that way.

90 Day Fiance star Yara Zaya also took social media to share a stunning photo of her and Jovi Dufren. Apparently, the two attended a wedding recently. Yara even said that it was one of the best weddings she attended. Fans also took Yara’s comment section to talk about her stunning dress. “Your dress is beautiful!!! You look great,” one fan said.

90 Day Fiance fans also took Yara Zaya and Jovi Dufren’s social media to show support amid their recent heartbreaks. Apparently, Yara and Jovi have been using their social media to spread awareness regarding the ongoing war in Ukraine. Fans have been leaving strong messages to the couple’s social media posts to help strengthen them. Jovi and Yara are also thankful for all the support and prayers that Ukraine has been receiving.

It’s clear to see that Jovi and Yara are trying their best to stay positive amid all world problems. Due to this, fans can expect that the two will continue to share wholesome content online.