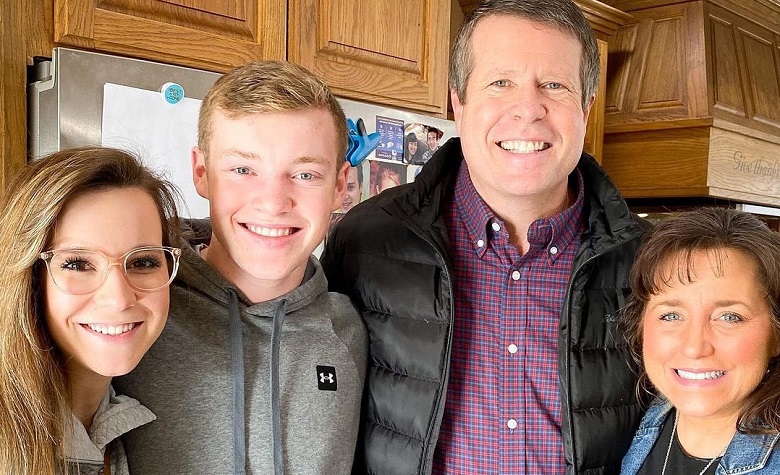 Counting On fans have been keeping their eyes close to the Duggars lately. Apparently, the Duggars faced so many controversies in recent years. It even came to the point where TLC had to cut ties with them due to Josh Duggar’s CSAM arrest. However, fans think that some of the Duggars don’t deserve to lose such opportunities. According to some, there are still members of the family who deserves to have their own TLC show.

Counting On: Fans Speculate Which Duggar Deserves Another TLC Show

Counting On fans took to Reddit to discuss which Duggar deserves another TLC show. According to some, Jessa Duggar deserves another TLC show even if it’s just a spinoff. Others agree and said that Jessa has done nothing wrong throughout the years and she’s been keeping in touch with her fans through YouTube. There are also a lot of spinoff choices that TLC can give Jessa, such as a DIY crafting show, cooking show, or even a spinoff where she’ll just feature her life with her newborn daughter, Fern.

Meanwhile, fans think that Jinger also deserves her own show. According to some, Jinger can show off her family’s brand new lifestyle in Los Angeles. Fans also think that Justin Duggar and Claire Spivey can get their own show featuring their lives as a young newlywed couple.

Will TLC Give The Duggars Another Chance?

At this point, TLC has yet to share if the Duggars will return to the small screens. However, Counting On fans think that some of the Duggars don’t deserve to lose their partnership with TLC. Others even pointed out that Josh Duggar’s CSAM arrest is finally settled and he’s now facing jail time. Due to this, fans think that TLC should consider bringing back the big family on TV. Meanwhile, fans think that it’s going to be hard for TLC, especially with the recent insiders trying to expose the dark secrets of the family.

Counting On: Fans Think Some Of The Duggars No Longer Wants The Publicity

Counting On fans also think that some of the Duggars no longer want to be on the small screen. According to some, it’s clear to see that Anna Duggar doesn’t want to show herself in public anymore due to her husband’s CSAM arrest. It also appears that some of the married Duggars don’t want to be in the show anymore, such as John David Duggar and Abbie Duggar. Apparently, the two haven’t touched their social media for quite some time and fans think that they want to live a private life.

Some also think that the younger Duggars no longer want to be in the show, especially now that the family has been facing so many controversies.