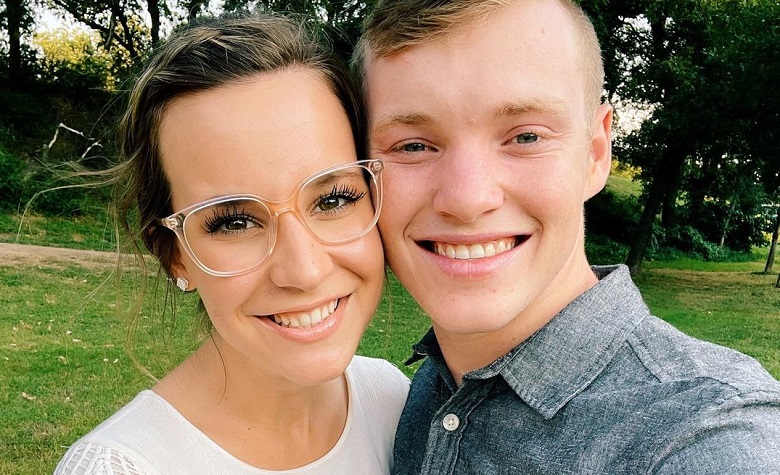 Counting On stars Justin Duggar and Claire Spivey have been sharing updates on social recently. Apparently, the two just celebrated their first anniversary together. Fans are also impressed by the fact that Claire is still not pregnant. According to some, it seems that the two want to enjoy their lives first before starting a family. Fans are also praising Justin for not implementing some of his family’s beliefs in his marriage with Claire. Now, Claire is making headlines once again as she celebrates her 21st birthday with Justin and the Spivey family.

In a social media post, Hilary Spivey revealed that they’re celebrating the 21st birthday of her daughter, Claire Spivey. Counting On star Justin Duggar and some members of the Spivey family were also in attendance to celebrate Claire’s birthday. “Celebrating Claire’s 21st! In the mountains!” Hilary captioned. Hilary didn’t share much about their other activities during Claire’s birthday. However, fans are already expecting that Claire had a blast. Justin and Claire also shared their 1st anniversary recently, making it a double celebration.

Claire Shares How She & Justin Celebrated Their Anniversary

Counting On star Claire Spivey also took social media to share how she and Justin Duggar celebrated their first wedding anniversary. Apparently, the two did a lot of outdoor activities such as visiting popular landmarks and eating at local restaurants. Fans also took Claire’s comment section to wish her and Justin the best in their marriage. It also appears that Claire wants to shut down the rumors of her pregnancy once again after sharing a full body picture of her showing no signs of a baby bump.

Counting On: Fans Are Still Praising Justin Duggar & Claire Spivey For Their Patience

Counting On fans are still praising Justin Duggar and Claire Spivey for their patience and dedication to enjoy their lives first before starting a family. Fans also think that the two are still saving money before taking the next big step in their marriage. According to reports, Justin and Claire have been working in the construction business of the Spivey family. It also appears that Justin is still hustling in real estate and he’s still receiving the help of his father, Jim Bob Duggar when it comes to flipping houses.

It’s clear to see that Justin and Claire have been living their best lives as a married couple. Fans also think that the two are trying their best to stay positive after all the controversies of the Duggar family.