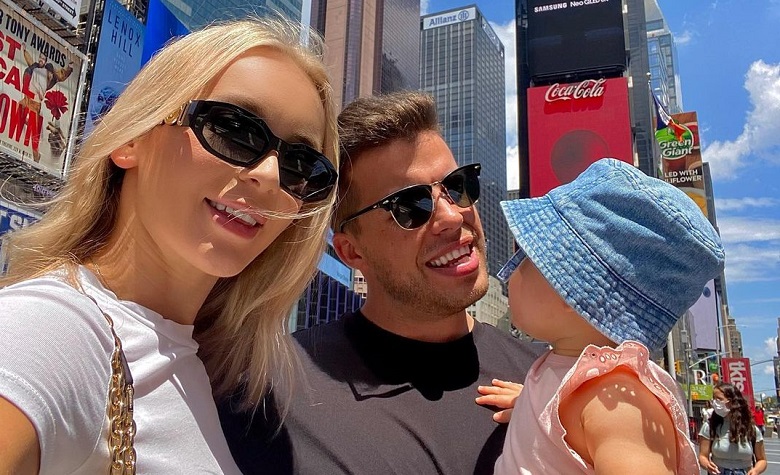 90 Day Fiance star Yara Zaya has been sharing wholesome updates about her family lately. Despite her busy schedule due to her business, Yara never forgets to keep in touch with the fans. Yara also took social media recently to share a hilarious story of forgetting a gift for Jovi Dufren for Valentine’s Day. However, it seems that Yara is making up for it after her latest posts. Apparently, Yara revealed that she went on expensive shopping which includes purchasing a gift for her husband.

In a social media post, 90 Day Fiance star Yara Zaya shared clips from her expensive Valentine’s Day shopping. One of the clips shows Yara looking for another expensive bag. Moments later, Yara visited the expensive watch section. Apparently, Yara is looking for a gift for her husband, Jovi Dufren. However, Yara revealed that she’s having a hard time picking a gift for Jovi. Recently, Yara took social media to share that Jovi requested a Rolex watch. It’s unclear if Yara did buy Jovi a watch during her recent shopping. However, she made it clear later in her posts that she was able to buy a gift for Jovi, but she’ll keep it a secret for a while.

90 Day Fiance star Jovi Dufren also took social media to share a clip of him and Yara Zaya singing a song for Valentine’s Day. “Happy Valentine’s Day Everyone. As you already have been hearing, we are working on a way to bring international couples together. How many of you are interested in finding international love??” Jovi captioned. Several TLC stars were also in the clip such as Annie Suwan and David Toborowsky. Fans also took Jovi’s comment section to leave hilarious comments, showing that many loved their video.

In a social media post, 90 Day Fiance star Yara Zaya shared a clip of her showing off her Valentine’s Day outfit. “Happy Valentine’s Day guys. I love y’all so much,” Yara said. Moments later, fans took Yara’s comment section to praise her stunning look. Jovi also took Yara’s comment section to leave a hilarious comment about what Yara could’ve said in her post. According to Jovi, it’s also their anniversary and he was hoping that Yara would say “Happy Anniversary to my amazing husband.”

It’s clear to see that Jovi and Yara are getting much stronger in their marriage. Fans are also amazed by how successful the two have become not just in their businesses and jobs, but also as parents to Mylah.