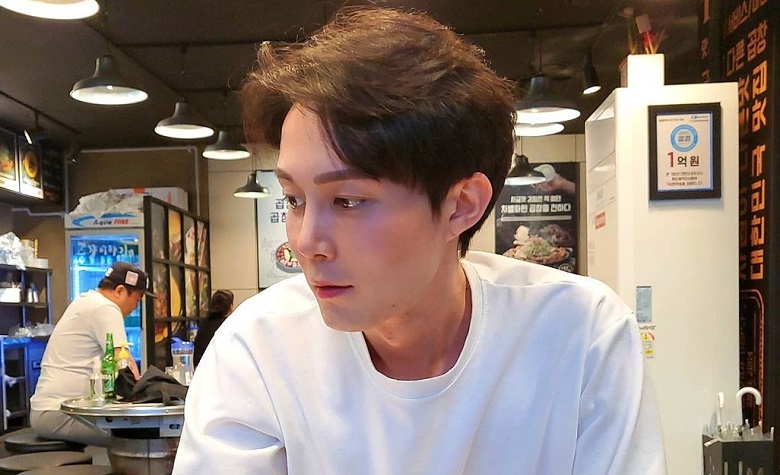 90 Day Fiance star Jihoon Lee has been silent on social media for quite some time. Apparently, Jihoon’s last post was way back in September 2021. It also appears that Jihoon lost motivation on fighting for his rights as a parent to Taeyang after cutting ties with his legal team. Fans also think that it’s one of the main reasons why Jihoon left the online world for so long. Now, Jihoon is making headlines once again after finally returning to social media.

In a social media post, 90 Day Fiance star Jihoon Lee shared a picture of him with his friend. Jihoon didn’t say anything in his post aside from the caption that says, Izakaya, which seems to be the name of the restaurant he’s in. Moments later, fans swarmed Jihoon’s comment section to welcome him back to the online world. Some even pointed out that Jihoon looks happier than before. “Looking really good Jihoon,” one fan said. “Hope you’re doing well Jihoon,” another fan added. Aside from that, Jihoon also posted a picture of his dog. Meanwhile, fans are hoping that Jihoon will soon share an update about his plans for Taeyang.

Is Jihoon Still Fighting For Taeyang?

At this point, 90 Day Fiance star Jihoon Lee has yet to share an update about his plans for Taeyang. It’s known that Jihoon left social media after cutting ties with his legal team, resulting in him having no power to fight for his rights as a parent to Taeyang against Deavan Clegg. However, fans are still showing support to Jihoon despite his absence. Meanwhile, Deavan and Topher Park have been receiving the support of the fans as well, creating a big rift between who’s the better father to Taeyang as well as Drascilla.

90 Day Fiance star Deavan Clegg also took social media after Jihoon Lee’s return. However, she didn’t welcome back her ex-husband. Instead, Deavan posted a sweet picture of Taeyang and Topher Park. “Can’t believe my little man is almost 3! What a wild ride. @hyu.nw can’t believe you’ve been in our lives for 2 years crazy how time flies. You bring such a smile to all of us,” Deavan said. Fans also took Deavan’s comment section to show support to her and her family including Topher.

It’s clear to see Topher has been receiving the support of the fans as Deavan’s partner and a father to Taeyang and Drascilla. Meanwhile, some think that Jihoon will soon make his move again to fight for Taeyang.

‘Sister Wives’: Kody Deals With Bigger Problems In Upcoming Episode
‘Sister Wives’: Janelle Levels Up Her Healthy Lifestyle After Thanksgiving
‘Sister Wives’: Gwendlyn Brown Is Officially Engaged
‘Counting On’: James Teases Something ‘Wild’ Is Coming For The Duggars
‘Sister Wives’: Fans Call Out Kody For His Statements About Janelle