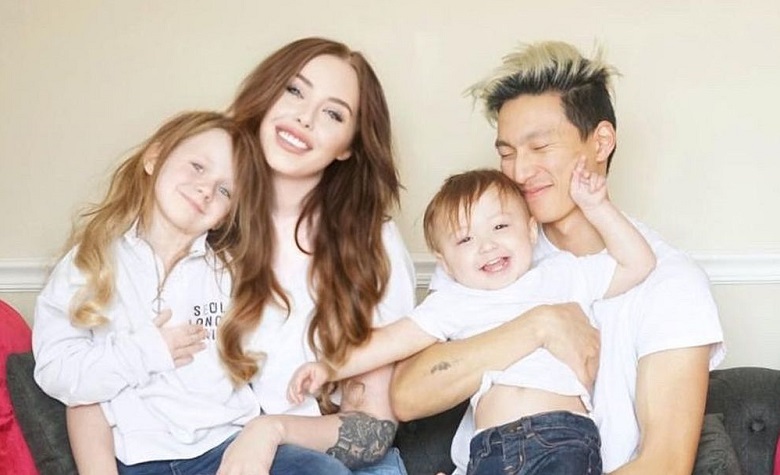 90 Day Fiance star Deavan Clegg has been keeping in touch with the fans by sharing her recent photoshoots. Fans are also impressed by her poses and fierce looks. Meanwhile, Deavan’s boyfriend, Topher Park, continues to impress the fans with his dedication to Deavan’s kids. Apparently, fans think that Topher is ready to take the role of a step-father to Drascilla and Taeyang. Now, Topher took social media to share a sweet shopping story with Drascilla.

In a social media post, Topher Park shared a picture of him with Drascilla as they go for shopping. After that, Topher shared some stories about having an exciting feeling about back-to-school shopping. “Back-to-school shopping was always an exciting time for me because that meant new clothes, shoes, school supplies and grabbing Sbarro for lunch at the mall food court,” Topher said. After that, Topher said that it’s been a while since he last experienced it, and doing it again with Drascilla made him happy.

“This past weekend I felt the same thrill when we went shopping for Drascilla’s kindergarten year. To be honest, I was probably more excited than her,” Topher added. Moments later, 90 Day Fiance fans took Topher’s comment section to praise him for his incredible relationship with Deavan Clegg’s kids. “Such a lovely moment, captured! So beautiful,” one fan said. “Hyu you are a good guy!!” another fan added.

90 Day Fiance star Deavan Clegg has been sharing her photoshoots on social media lately. Deavan’s posts also come after the allegations being thrown at her saying that she had plastic surgeries. Some also accused Deavan of photoshopping her pictures online. However, despite all the criticisms, Deavan continues to impress the fans with her incredible poses. In her recent photoshoot post, fans took Deavan’s comment section to praise her stunning looks. “Yes!! Taking back your POSITIVE POWER!” one fan said. “Gorgeous as usual,” another fan added.

90 Day Fiance fans think that Deavan Clegg and Topher Park are already married. Apparently, Deavan has been hinting at being married to Topher over the past months. At one point, Deavan shared a picture of Topher when she was asked by a fan to post a picture of her husband. Deavan also called out her critics and said that it’s not a bad thing for her to re-marry. Deavan and Topher have yet to confirm if they already tied the knot. However, the two have been living together and Deavan’s kids have been so attached to him.