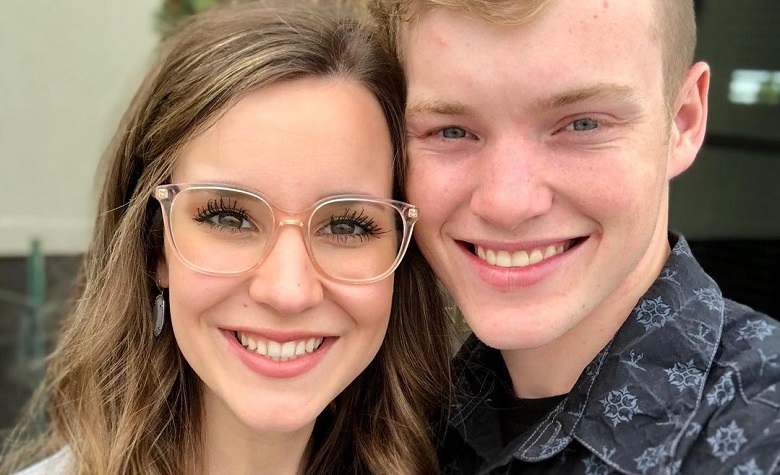 Counting On stars Justin Duggar and Claire Spivey have been inactive on social media for a while. Apparently, fans have been speculating that the two have been up to something big. According to reports, Justin and Claire recently moved after listing their Texas home for $199K. Some also think that they’re trying to remain silent for a while due to Claire’s possible pregnancy. It’s known that the Duggars usually remain silent for a few months before finally announcing a pregnancy. Claire did return to social media recently to share some of her recipes with the fans. However, fans were shocked after Claire reveals her intense diet.

In a social media post, Counting On star Claire Spivey shared healthy recipes with the fans. However, many were shocked about Claire’s revelation about why she began to learn such recipes. According to Claire, she’s has done the Whole30 diet every January for 11 years. Unfortunately for Claire, many are not happy about her extreme diet. Some also think that it’s not even recommendable at a very young age. Meanwhile, fans are hoping that Claire won’t teach her intense diet to her future children.

Counting On fans also took Reddit to share their thoughts about Claire Spivey’s Whole30 diet. Apparently, many are blaming Claire’s mother, Hilary Spivey, for allowing her to go to the extremes at a young age. “Encouraging/permitting diet culture like this can be incredibly harmful. Why does an 11-year-old need to do “Whole 30”?” one person said. “It’s Hilary’s fault in the first place for not teaching her to eat healthily, exercise, and have a healthy relationship with food,” another person added. At this point, Hilary has yet to open up about the accusations being thrown at her. However, it’s known that Hilary usually responds to her haters and critics. Due to this, fans can expect an explanation from Hilary soon.

At this point, Counting On stars Justin Duggar and Claire Spivey have yet to open up about the rumors about their move. Apparently, fans have been speculating that the married couple moved elsewhere after listing their Texas home online. Some think that Justin and Claire will move to Arkansas to stay close with the Duggars. However, some think that Hilary Spivey won’t allow it and suggest that they’d stay near her instead. Meanwhile, fans think that the sudden silence of the two may have something to do with Claire’s pregnancy. Unfortunately for the fans, even the Duggar family remained silent when it comes to Justin and Claire.

It seems that Justin and Claire have been busy lately. However, fans also believe that the two are just trying to shy away from social media after all the controversies that the Duggars faced in recent years.