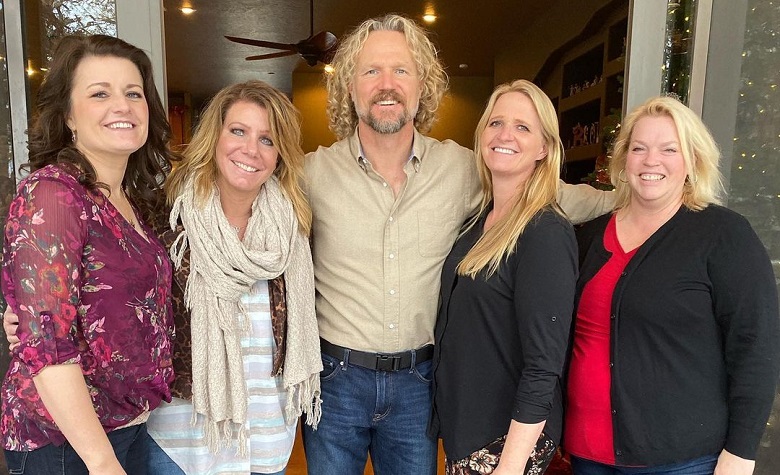 Sister Wives star Kody Brown has been struggling on keeping his wives together during Season 16. It also appears that things are only getting worse as Christine Brown finally left the plural family. It’s been reported that Christine and Kody’s split was documented during the latest season, making every episode a must-watch. Now, Kody is making headlines once again after reports claimed that he’s planning for a fresh start. According to reports, Kody is considering new wives and making a big restart to the plural family.

According to an insider close to the plural family, Sister Wives star Kody Brown is considering new wives. The insider also claimed that Kody is not happy about the wives threatening to leave. Due to this, he’s considering starting fresh with new wives. Apparently, fans have seen how the wives struggled with Kody throughout the years. Aside from Christine Brown who already left before Season 16 aired, fans also think that Janelle Brown is showing signs of leaving. Janelle even admitted during the latest episode that she’s been having thoughts about leaving the family.

Meanwhile, it’s known that Kody and Meri Brown’s relationship has been dying for years. Due to this, fans think that Kody wants to make a big restart due to how bad things turned out with his current wives. However, some are doubting that Kody will find new wives as his manipulative behavior and poor decision makings already got exposed in public.

Will The Other Wives Agree?

At this point, Sister Wives star Kody Brown has yet to confirm if the rumors about him wanting new wives and a fresh start are true. However, some think that the wives will easily agree, especially Meri Brown and Janelle Brown. Apparently, Meri is no longer treated as a wife by Kody. She even revealed during the latest season that she and Kody are just friends. Meanwhile, Janelle has been frustrated with Kody due to his poor decisions for the family. Due to this, fans think that there’s still a possibility that Kody will manage to pull off a fresh start.

Sister Wives fans think that Robyn Brown will stay if ever Kody Brown decides for a fresh start. According to some, it’s obvious that Robyn wants to get the upper hand amongst the other wives. Fans also think that Robyn will try to act like the head of the family if ever Kody finds new wives. Meanwhile, many are still blaming Robyn for the downfall of the plural family. According to some, Robyn’s manipulative antics caused a lot of trouble in the family, and fans think that it’s one of the main reasons why the other wives are thinking about leaving.

It’s clear to see that things are not looking great in the plural family anymore. Fans are also hoping that Kody will fix the family instead of giving up by finding new wives and starting fresh.

‘Sister Wives’: Why Do The Browns Keep Struggling In Flagstaff?
‘Sister Wives’: Janelle Sparks Split Rumors With Kody For THIS Reason
’90 Day Fiance’: Deavan Shares Exciting News After Long Online Break
‘Counting On’ Amy Duggar Calls Out The Duggars For Being ‘Delusional’
‘Counting On’: Amy Duggar Planning To Write A Letter Against Josh?