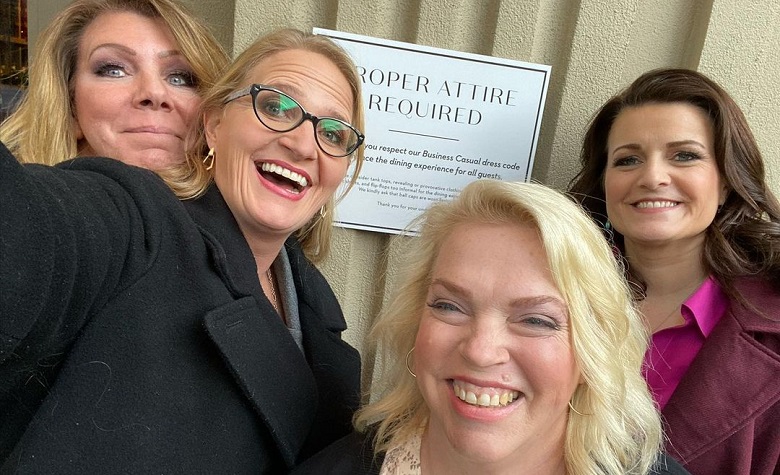 Sister Wives fans have seen Kody Brown’s strict distancing rules throughout the last two years. Some agreed to his Covid-19 protocols. However, some think that it’s too much and it’s making the other wives suffer. However, it seems that things are starting to change, especially during Season 16 as the wives are finally being able to live their lives despite his absence. Some even think that Kody’s poor decision makings for the family are finally backfiring as some of his older kids are starting to hate him. Meanwhile, fans are accusing Kody of using his absence as his way to punish his wives.

Sister Wives: Are The Wives Learning To Live Without Kody Brown?

Sister Wives fans think that the wives are starting to get used to Kody Brown’s absence. Some even took Reddit to share their thoughts about how the wives are finally getting the strength despite his absence. According to some, it’s clear to see that some of the wives are getting so upset towards Kody to the point that they don’t even want him around.

Others even pointed out that Christine told everyone that she had more fun without Kody around during their recent episode, showing that she’s finally accepting his absence. Others also think that some of the wives are so used to Kody’s absence, especially Meri Brown, who’s been having a dead relationship with Kody for years.

Sister Wives fans also think that Kody Brown is using his absence to punish his wives, especially those who don’t follow his strict rules. However, many think that it’s wrong and he’s only making things worse. Some even said that his poor decisions for his wives backfired and they have become more independent. “The problem with using withholding your affection as a punishment is that the other person will eventually figure out how to live without your affection. Sorry Kody,” another person added.

Sister Wives: Fans Think Kody Brown Is Suffering From His Own Mistakes

Sister Wives fans have been blaming Kody Brown for all the struggles of the plural family in Flagstaff. However, some think that he’s now starting to feel the consequences of his bad decisions, especially when it comes to his kids. Apparently, fans think that the older kids are starting to show their hatred towards Kody, and many find it sad as Kody just proves to everyone how bad of a parent he is. Kody also raised a lot of eyebrows after revealing that he and Robyn Brown hired a secret nanny, which fuels the speculations of their poor parenting.

It’s clear to see that Kody is still struggling on keeping his wives on the same page. However, fans think that it’s Kody’s fault why they’re still falling apart. Will Kody fix their problems before it’s too late?