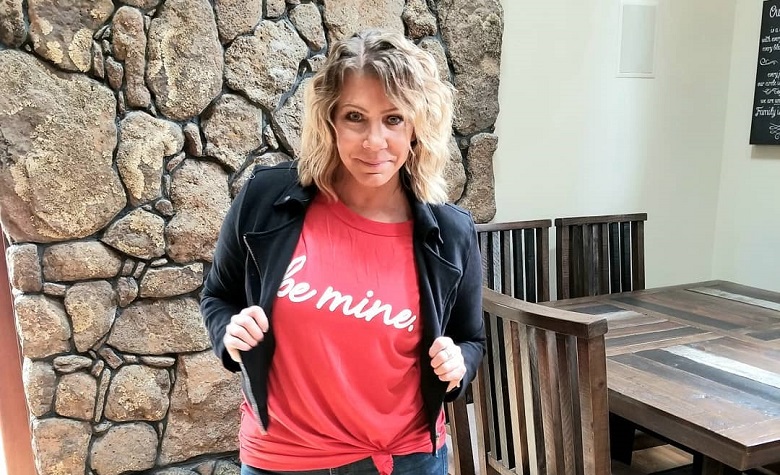 Sister Wives star Meri Brown has been busy lately amid her struggles with Kody Brown. It appears that Meri is focusing on other things in her life instead of dealing with the stress caused by the plural family. Most of the time, Meri shares her bonding moments with her friend, Jen. She also loves to share motivational messages online, which has been inspiring many fans. Now, Meri is back to share what she’s been up to lately. She even surprised the fans with her recent trip to Downton Disney amid Kody’s strict social distancing rules.

In a social media post, Sister Wives star Meri Brown shared her weekly live segment on social media. However, Meri surprised the fans as she goes on a trip to Downtown Disney. “Coming at ya from Downtown Disney!” Meri captioned. Meri also revealed that there were a lot of people around her, fully contradicting Kody’s social distancing rules. However, some think that it’s one of Meri’s ways to shade Kody. Apparently, Kody and Robyn Brown were recently seen having a dinner date in Sedona, which also contradicts Kody’s Covid-19 rules. According to some, Meri is trying to show that they’re no longer following Kody’s rules as he can’t even follow them himself.

Meri Shades Critics Accusing Her Of Drinking Too Much Alcohol

Aside from her recent trip to Downton Disney, Sister Wives star Meri Brown also shared a clip of her drinking in a mysterious bottle. “Drink that water! I drink at least a gallon a day. A gallon of WATER contrary to popular belief,” Meri said. It’s clear to see that Meri is aware of the rumors stating that she’s been drinking too much alcohol. However, it seems that Meri just wants to laugh it off. Meri did admit that she does drink alcohol. However, she made it clear that she’s not addicted to it.

Sister Wives fans have seen Meri Brown bonding with Robyn Brown recently, showing that she’s still with the plural family. However, fans have been asking Meri to leave Kody Brown as she’s no longer treated as a wife. Some even took Meri’s recent post to try and change her mind. “Be happy girl you deserve it! Let go of that guy Kody,” one fan said. “Please move on from that relationship! You have so much to give and Kody well he’s just not that into you!” another fan added.

At this point, Meri has yet to share what’s her plans for her future with Kody. However, fans think that she has suffered enough, especially after Kody isolated her for so long.

’90 Day Fiance’: Yara Zaya Talks About Plans For Baby Number 2
‘Counting On’ Amy Duggar Calls Out The Duggars For Being ‘Delusional’
‘Counting On’: Jill Duggar Shares How She Celebrated Her Birthday
‘Sister Wives’: Why Do The Browns Keep Struggling In Flagstaff?
‘Sister Wives’: Fans Discuss How Will Kody Redeem Himself