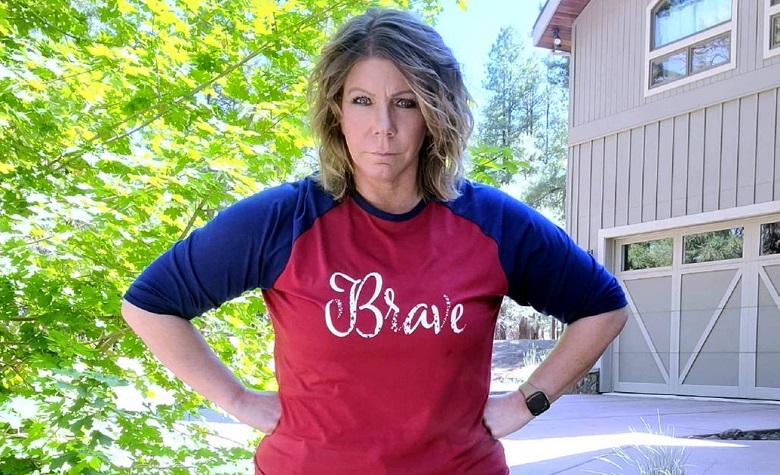 Sister Wives star Meri Brown has been suffering from Kody Brown’s mistreatment for quite some time now. Apparently, Kody barely put any effort into Meri, even during Season 16. Viewers even think that Kody is making Meri suffer more by isolating her from the family. Fortunately, Meri was given a chance to visit Robyn and her children after following Kody’s strict distancing rules. Now, Meri took social media to share another cryptic quote. However, this time, she talks about growing from isolation.

In a social media post, Sister Wives star Meri Brown shared a quote that talks about growing from isolation. “The caterpillar grows wings during a season of isolation. Remember that next time you’re alone,” Meri said. It seems that Meri is referring to herself in her post. Apparently, fans have seen Meri’s improvements over the past few months despite her isolation from the plural family. Fans are also amazed that Meri still stays with the family despite her struggling relationship with Kody Brown. However, fans think that the kids are one of the main reasons why Meri still stays. Some also think that Meri is still hoping that things will get better between her and Kody in the future.

Meri Wants To Focus More On Herself

Sister Wives star Meri Brown also shared a quote that talks about focusing more on herself. “Do you know who will never leave your side? You. Perhaps, this is the relationship you need to nurture the most,” Meri said. It’s clear to see how much efforts Meri puts into herself. At one point, she traveled with her friends and business partners from LuLaRoe in Cancun, Mexico, without Kody Brown and the other wives. Fans also think that Meri is looking more glowing lately, showing that she’s learning to live her life despite not receiving any attention from Kody.

Sister Wives star Meri Brown revealed she doesn’t feel like she has a husband anymore during the recent episode of Season 16. She even said that Kody told her they can be just friends. Due to this, fans speculate the future of the two. According to some, Kody and Meri might just end up being just friends. However, fans have seen Meri wanting more from Kody. Unfortunately for Meri, Kody only puts his attention on Robyn Brown. Meanwhile, some are not losing hope and think that Kody and Meri will somehow find a way to improve their relationship.

It’s clear to see that Meri and Kody are still struggling with each other. However, fans think that things are slowly improving, especially now that Meri is finally allowed to interact with them after a long quarantine.