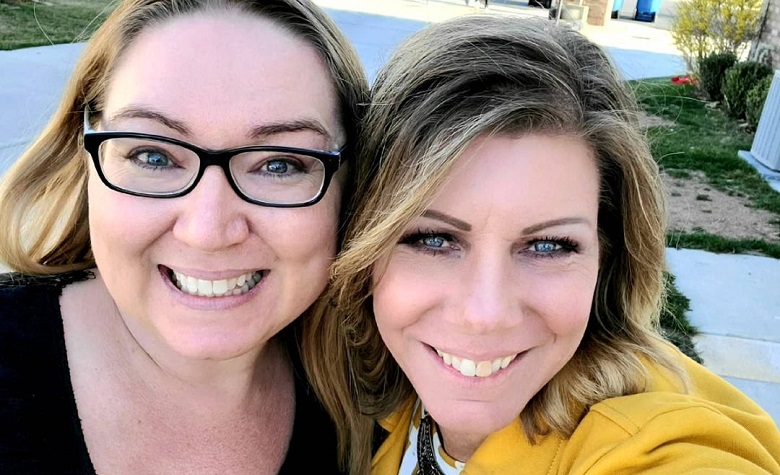 Sister Wives star Meri Brown has been sharing positivity on social media lately. Despite Kody Brown’s absence, Meri is still trying to find ways to have fun in her life. One of which is bonding with her friend, Jen, and interacting with the fans every Friday on social media. However, Meri took her weekly segment a little early this week after sharing another live video chat with Jen. They also have special guests, and Meri had so much fun bonding with them. Fans also think that it’s an indication that Meri is living her best life despite her struggling relationship with Kody.

Sister Wives: Meri Brown Having A Blast Bonding With Friends Amid Kody’s Absence

In a social media post, Sister Wives star Meri Brown shared a clip of her with her friend, Jen. According to Meri, she and Jen have some very special guests. Apparently, Jen’s parents joined their live video chat with the fans. Jen’s parents also made a lot of fans laugh with their hilarious stories. Fans also noticed Meri’s happiness throughout the live stream, showing how much she’s having fun with other people despite Kody Brown’s absence in her life. Fans even took Meri’s comment section to talk about how fun Jen’s parents are. “Awesome times and family you have. Fun times ladies,” one fan said. “Thanks for the laughs tonight. That was Hilarious!!” another person added.

Sister Wives star Meri Brown also took social media recently to share that Robyn Brown joined her live video chat with Jen and the fans. Many are surprised by Robyn’s appearance during Meri’s live stream. However, many are happy and think that it’s a start of a good relationship between Meri and Robyn. Apparently, reports claimed that Meri barely interacts with anyone from the plural family behind the cameras. Due to this, fans are glad that she’s finally spending some time with Robyn. At this point, it’s unclear if Meri is also interacting with Janelle Brown. Fans also think that she has little to no connection with Christine Brown after she left the plural family and move back to Utah.

Sister Wives fans have been commenting on each of Meri Brown’s recent social media posts to tell her to leave Kody Brown. Apparently, fans have been begging Meri to leave Kody as she’s no longer treated well by him. “Open yourself up to a new relationship. Nothing is going to change since he’s not willing to even consider what you really need,” one fan said. “Time to move on from Kody. You have so much love to give and you deserve better!!” another fan added. At this point, Meri has yet to share any updates regarding Kody. However, fans have seen her struggling with him during Season 16, and many think that it’s been that way for a while.

It’s clear to see that Meri is still struggling with her relationship with Kody. This made a lot of fans question her desire to stay. However, some think that the kids are one of the main reasons why Meri is still with the plural family.