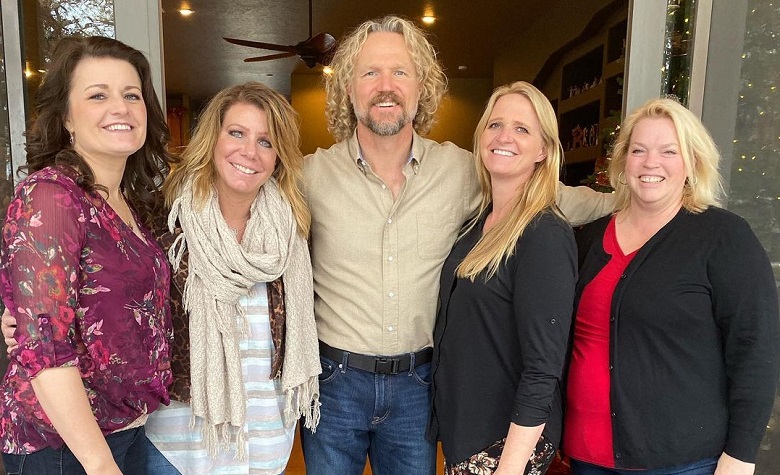 Sister Wives fans have been rooting for Meri Brown after the 7th Episode of Season 16. Apparently, Meri was finally given a chance to visit Robyn Brown’s children after following Kody Brown’s Covid-19 distancing rules. The kids even got emotional as they finally get to bond with Meri once again. Now, it seems that Meri is also using the opportunity to build a stronger relationship with her co-wife, Robyn. Recently, Robyn joined Meri’s weekly live segment on social media, which surprises many. Meanwhile, some think that it’s an indication that things are finally getting better in the plural family.

In a social media post, Sister Wives star Meri Brown shared her weekly live video chat with the fans. However, it’s a little different this time as Meri has a special guest, and it’s none other than Robyn Brown. Meri and Robyn were both together while talking to the fans and Jen. The two had tons of hilarious topics and it seems that Robyn and Meri enjoyed talking to each other a lot. Some of Robyn’s kids were also present during the live stream, and fans are happy that Robyn is making efforts to build a stronger relationship with Meri.

Sister Wives fans also took Reddit to share their thoughts regarding Robyn Brown’s guesting on Meri Brown’s live video chat. Apparently, many are happy that Robyn gets to spend some time with Meri. However, some think that it’s a bit awkward considering how Robyn is often blamed as the main cause of problems in the family by the fans. Meanwhile, some reacted to Meri and Robyn’s revelation during the live video chat about not watching their own show. According to some, it may be an indication that Season 16 is going to be the final season of the family and they’re just giving up on increasing their fanbase. However, others think that they’re lying and they always do watch the show to see how TLC portrays them.

In a social media post, Sister Wives star Meri Brown shared a quote that talks about never losing hope. According to Meri, a person shouldn’t be afraid to get back up and try again. She also said that it’s a good thing to love, live, and dream again. “Don’t let a hard lesson harden your heart,” she added. It seems that Meri is trying to send a message that she’ll never leave despite Kody Brown’s lack of love towards her. Meanwhile, some think that Meri and Robyn Brown’s recent bonding time together is an indication that she’s trying her best to love her family despite their struggles.

It’s clear to see that Meri is still trying to spread positivity online and it seems that it’s finally paying off. Fans are also hoping that Kody is going to be the next guest in Meri’s weekly live segment.