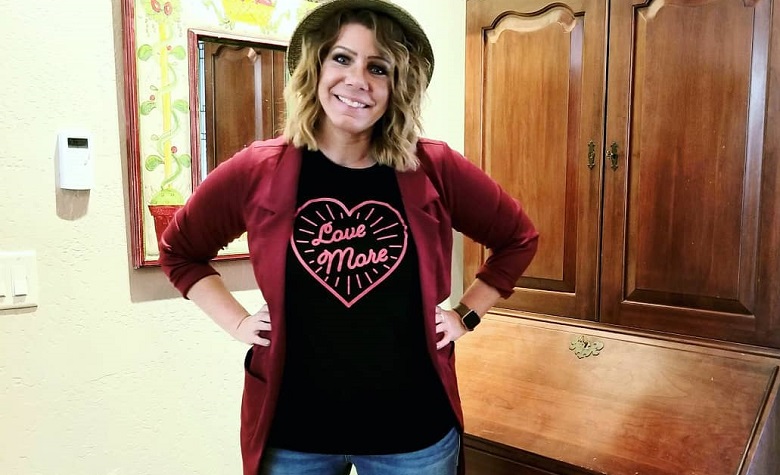 Sister Wives star Meri Brown recently took social media to share her weekly live stream with her friend, Jen. Meri’s live stream is also a part of her birthday celebration. Due to this, Meri and Jen did a lot of activities with the fans. However, many quickly noticed that Meri looks drunk throughout the live stream. Due to this, fans shared their thoughts if Meri has drinking problems. Others also think that Meri has been drinking more as she continues to struggle with Kody Brown.

Sister Wives: Meri Brown Continues To Get Drunk On Livestreams?

Sister Wives fans took Reddit to discuss Meri Brown’s recent live stream, which is also a part of her birthday celebration. According to some, Meri had been drinking throughout the live stream, and it’s obvious that she’s getting drunk. Some even pointed out that Jen was noticing it too. “TRASHED!! But she’s funny, it’s her birthday and she deserves to get a little sloshed,” one person said. “She is RIPPED! Slurring and laughing maniacally,” another person added. However, despite Meri’s drinking issues, many are happy that she doesn’t get to celebrate her birthday alone.

Fans Are Still Siding With Meri Despite Drinking Problems

Despite her drinking problems, Sister Wives fans are still siding with Meri Brown. According to some, it’s one of Meri’s ways to cope with her struggling life in the plural family. Some even defended Meri and said that she’s just drinking wine, which is perfectly fine as she’s celebrating her birthday. “It’s her birthday! Let her have fun!” one person said. “While I hope she’s not overindulging on a regular basis, let her have fun!” another person added.

Sister Wives: Will Kody & The Other Wives Visit Meri For Her Birthday?

At this point, Sister Wives star Meri Brown has yet to share if Kody Brown and the other wives have visited her for her birthday. However, Kody is known for his strict social distancing rules. Due to this, it’s possible that Kody wouldn’t visit Meri. Meanwhile, fans think that Meri might still have some guests for her birthday. According to some, Robyn Brown and her children will definitely visit Meri. Apparently, Meri is finally allowed to visit Robyn’s kids. Meri even went live recently to share that she’s been with Robyn and her children.

It’s clear to see that Meri is trying her best to have fun amid her struggles with Kody. Fans are also hoping that Kody and his wives will somehow find a way to make Meri’s birthday memorable.