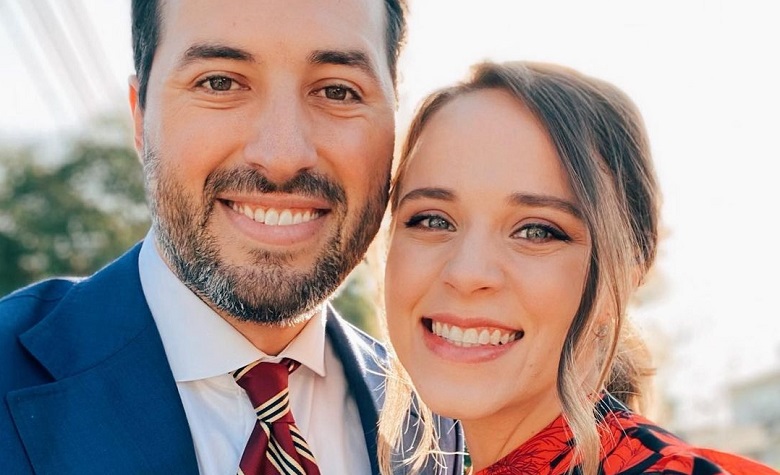 Counting On star Jinger Duggar loves to share stunning photos of her and Jeremy Vuolo on social media. Most of the time, Jinger gets a lot of attention as she continues to wear pants. It’s known that the Duggars don’t usually wear pants due to their strict beliefs. However, it seems that Jinger is now living a new lifestyle with her husband, and fans are happy about it as well. Now, Jinger is making headlines once again after attending her friend’s wedding. Apparently, Jinger just wore what might be the most revealing dress that a Duggar can ever wear.

In a social media post, Counting On star Jinger Duggar shared a picture with her friend who just got married. “What a beautiful day celebrating the happy couple @mattnerdahl & @constanzaherrero,” Jinger captioned. However, fans quickly noticed Jinger’s stunning bridesmaid dress. Some even took Reddit to share their thoughts as it may have been the most revealing clothes that a Duggar ever wore.

Many also think that it’s one of the best bridesmaid dresses they’ve seen from a Duggar. “That bridesmaid dress is nicer than any Duggar wedding dress,” one person said. “Ok. I’m going to cheer her on here for finally wearing an adult appropriate dress to an event,” another person added.

Is Jinger Trying To Shade Her Parents?

Counting On: Fans Praise Jinger Duggar For Changing Her Lifestyle?

Counting On fans have seen how Jinger Duggar changed her lifestyle throughout the years. Aside from wearing pants, fans have also seen her wearing shorts and doing activities that she wasn’t able to do before during her time with her parents. However, despite Jinger’s rebellion, she’s still embracing the modest behavior of the Duggars. Fans also think that she’s still trying to teach her kids how to live a modest and conservative lifestyle.

It’s clear to see that Jinger Duggar’s supporters keep growing. Fans are also hoping that Jinger will continue to share wholesome updates with the fans despite all the controversies of the Duggar family.