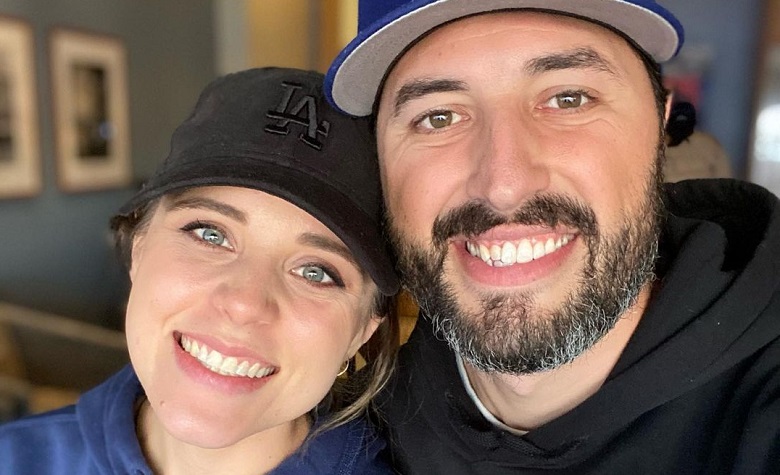 Counting On fans have seen the wholesome celebrations of the Duggar family during Christmas. Some of them traveled with their siblings, while some stayed at home and spent quality time with their own families. However, Jinger Duggar caught the attention of many. Apparently, Jinger took social media to share that she’s defying another one of her parents’ conservative rules. Fans also think that Jinger is firing shots at Jim Bob Duggar and Michelle Duggar for their poor and manipulative parenting throughout the years.

Counting On: Jinger Duggar Wears Pants For Christmas Amid The Family’s Controversies

In a social media post, Counting On star Jeremy Vuolo shared a picture of his wife, Jinger Duggar, as they celebrate Christmas in Downingtown, Pennsylvania. “It’d be fair to say I got the best gift ever this Christmas. Merry Christmas!” Jeremy captioned. Meanwhile, fans quickly noticed that Jinger is wearing pants, which is against the Duggar family’s conservative beliefs. However, instead of calling out Jinger, many supported her and praised her for not following her parents’ strict rules. Jinger herself also made it clear that she tried to find answers in the Bible about restricting women from wearing pants but she couldn’t find any.

How Jinger & Jeremy Celebrate The Holidays

In a social media post, Counting On star Jeremy Vuolo shared clips about how he and Jinger Duggar celebrated their Christmas. It seems that Jinger and Jeremy were with the Vuolo family during the holidays. One of the clips shows Jinger playing cornhole with another woman. Jeremy also revealed that they solved a massive puzzle while celebrating the holidays. Apparently, it’s been quite some time since Jinger last reunited with her family in Arkansas since moving to Los Angeles. Meanwhile, fans think that Jinger is also trying to distance herself from Jim Bob Duggar and Michelle Duggar due to their recent controversies.

It’s clear to see how Josh’s arrest affected the conservative family. It’s known that Jim Bob and Michelle usually gather tons of people to celebrate Christmas with them. However, it seems that things are different this time.