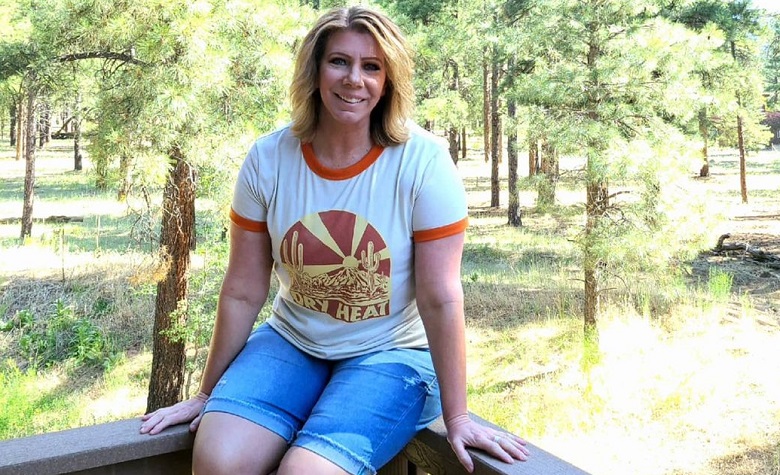 Sister Wives star Meri Brown loves to share cryptic quotes on social media. However, aside from her shady quotes, Meri also loves to share motivational messages with her fans. Most of the time, Meri shares strong messages that also reflect herself. Fans also think that Meri is using social media to share what she feels about her life with the plural family and her struggling relationship with Kody Brown. Now, Meri is back to sharing another strong message. However, this time, it’s about her new self after celebrating her birthday.

In a social media post, Sister Wives star Meri Brown shared a lengthy message that talks about her new self after celebrating her birthday. “Meet Meri 5.1! The newest version, the most up-to-date model, more powerful, stronger, and able to handle all that’s thrown at her,” Meri said. “She’s been around for a while, but every version is a little better, a little more dynamic, a little more energetic, a little more influential,” she added. Meri also said that her new self thrives for more greatness, abundance, and strength.

It’s clear to see that Meri is trying to prove that she’s now a better person. Fans also noticed it during Season 16, especially when she tries to shade Kody Brown’s poor decision makings for the family. Fans also think that Meri is aware of Kody and Robyn Brown’s unfair relationship and manipulative behaviors. However, it seems that the children are forcing Meri to stay.

Sister Wives fans think that Kody Brown snubbed Meri Brown during her birthday. Apparently, Meri shared a live video chat with only her friend, Jen. According to some, Kody might have restricted the plural family from making a big gathering for Meri’s birthday. However, Meri still had a blast during her birthday as the fans joined her live stream to celebrate with her. Meanwhile, fans are calling out Kody for skipping Meri’s birthday and not even greeting her on social media.

Sister Wives: Fans Think There Are No Improvements Between Meri & Kody

Sister Wives fans think that Meri Brown and Kody Brown are still struggling with their relationship throughout Season 16. Apparently, Meri was finally allowed to visit Robyn’s house to bond with her kids. However, Kody was nowhere to be seen and it seems that he’s still distancing himself from Meri. According to some, it’s an indication that the two are still not on good terms. Meri herself even revealed during their previous episode that she feels like she has no husband.

It’s clear to see that Meri and Kody’s relationship is still falling apart. Fans are also hoping that Meri will finally step away instead of suffering from isolation in the plural family.

‘Counting On’: Jill Attends Festival With Family In Stilwell, Oklahoma
‘Sister Wives’: Fans Discuss How Will Kody Redeem Himself
‘Counting On’: Fans React To Amy’s Strong Message For Anna
‘Counting On’: The Duggars Are Only Making Things Worse For Josh?
’90 Day Fiance’: Yara Zaya Talks About Plans For Baby Number 2