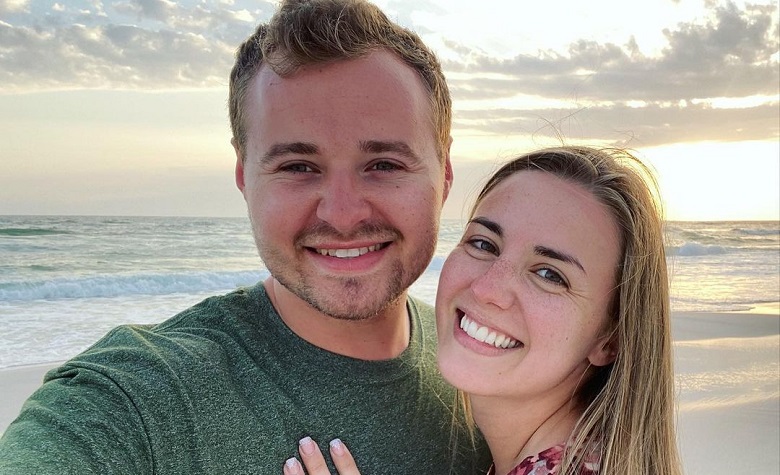 Counting On stars Jed Duggar and Katey Nakatsu are making headlines once again after their recent gender reveal. Apparently, the two held a huge family gathering where some members of the Duggar family attend. However, fans quickly noticed Jim Bob Duggar and Michelle Duggar’s absence during the party. Due to this, fans started to make different theories regarding their sudden disappearance. Meanwhile, fans showered Jed and Katey with positivity online as their family starts to grow.

Despite Jim Bob Duggar and Michelle Duggar’s absence, Counting On fans still praised Jed Duggar and Katey Nakatsu’s gender reveal party. The two even shared how the reveal happened online. Apparently, Jed hit the ball thrown at him using a baseball bat, and exploded with blue powder, showing that they’re having a baby boy. Some of Jed’s siblings and in-laws were also in attendance, and all of them are happy for his growing family.

Counting On: More Pregnancy Already On Its Way?

Aside from Katey Nakatsu, Counting On fans also think that Josiah Duggar’s wife, Lauren Duggar, is also pregnant. Apparently, eagle-eyed fans noticed Lauren’s baby bump during Katey and Jed Duggar’s gender reveal party. Fans also noticed Lauren and Josiah’s online absence, suggesting that something is happening behind the cameras. At this point, Lauren has yet to share any updates regarding her rumored pregnancy. However, fans are already excited for the new Duggars to arrive this year.

It’s clear to see that the Duggars are trying their best to stay positive after all the controversies they faced last year. Fans are also hoping that 2022 will be a much better year for the conservative family.