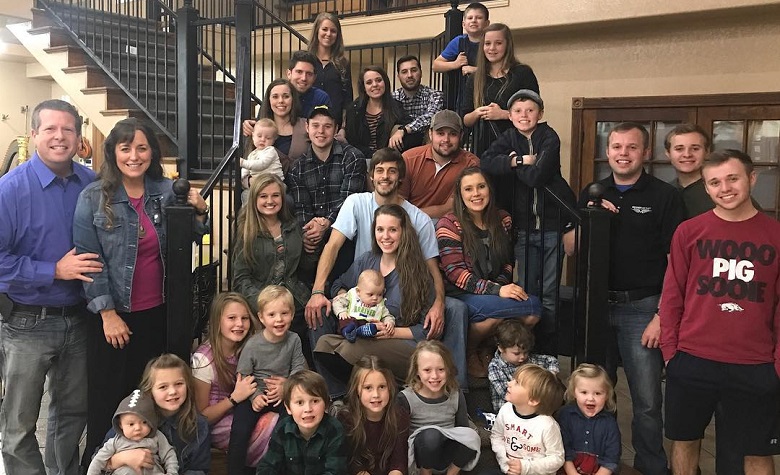 Counting On star Jana Duggar has been active on social media lately. Apparently, fans thought that she’d take a break after her recent trouble with the law. However, Jana surprised the fans with her back-t0-back posts about her family. It’s clear to see that Jana is trying to spread positivity after all the controversies that the Duggars faced last year. Now, Jana is back to share another update with the Duggars. However, this time, it’s about the family’s massive gathering for New Year’s Eve.

In a social media post, Counting On star Jana Duggar shared clips from the massive gathering of the Duggar family for New Year’s Eve. It appears that the in-laws, friends, and other relatives of the Duggars were in attendance at the big house. Jana also shared a rare glimpse of Jim Bob Duggar and Michelle Duggar talking to the guests. Jana also shared a clip of them singing gospel songs.

It’s clear to see that the Duggars are still doing their traditional gatherings during the holidays. However, fans find it odd that Jim Bob and Michelle are no longer posting online. Instead, it was Jana who kept sharing updates about the family. According to some, Jim Bob and Michelle are still trying to shy away from social media to avoid negative as they seek a fresh start in 2022.

Fans Are Hoping For A Better Year For The Duggars

One of which is Amy Duggar King, who’s been vocal about her hatred towards Josh and the family’s manipulative antics. However, some felt bad about what the Duggars had to go through especially the innocent ones who were dragged by the scandals of the family. Due to this, fans are hoping for a better year for the Duggars.

Counting On: Fans Speculate If Anna Duggar Attended The Gathering

Counting On fans have seen the massive amount of people in attendance during the Duggar family’s New Year’s Eve gathering. However, fans had a difficult time trying to spot Anna Duggar in the crowd. According to some, it’s highly possible that Anna was in attendance. Others agree and said that Anna could be somewhere in the clips but wants to remain out of sight to avoid any issue. Meanwhile, others are doubting that Anna attended the gathering as she’s still not on good terms with everyone in the family.

It’s clear to see that the Duggars are trying their best to spread positivity after a stressful year. However, fans think that it will take some time for them to bring back their reputation to the public after all the controversies that they faced.

‘Counting On’: Some Younger Duggars Are About To Enter Courtships?
Bailey Sarian Shares A Heartbreaking Life Update With Fans
‘Sister Wives’: Is Kody Hated By All Family Members?
‘Counting On’: Fans React To Death Of Jinger’s ‘Adopted Nana’
‘Sister Wives’: Christine Shares How She Relaxes During The Day In Utah