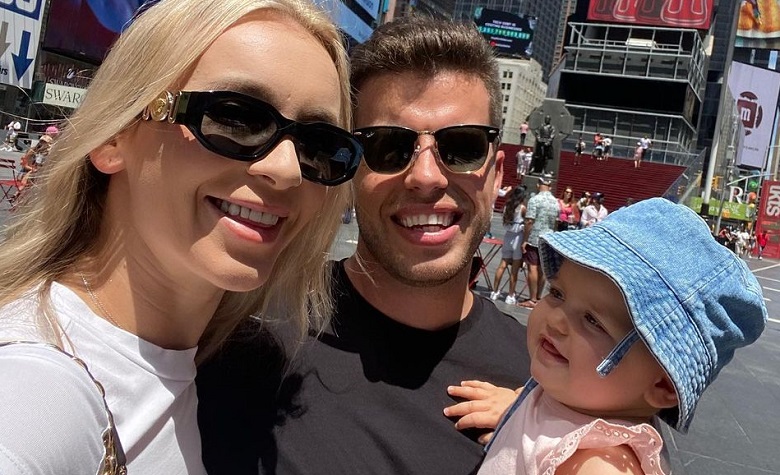 90 Day Fiance star Yara Zaya has been making headlines after launching her own makeup line. According to some, it just shows how hard-working of a person Yara is, which shuts down the rumors of her not working at all for their family. Yara has been promoting her makeup brand on her social media lately. However, she doesn’t forget to share wholesome updates of her daughter, Mylah. Now, Yara is back to share another adorable story. This time, it’s about Mylah’s ability to go shopping by herself.

In a social media post, 90 Day Fiance star Yara Zaya shared a wholesome clip of Mylah being able to run. According to Yara, Mylah can now run away from her. Yara is also impressed by how big her daughter has become. She even said that Yara can’t fit in her baby swing anymore as she might end up breaking it. Meanwhile, fans have been praising Yara’s parenting style since Mylah’s arrival. Fans are also happy that Yara is finally living a happy life with Jovi Dufren. Apparently, fans thought that the two wouldn’t work during their early days together due to their never-ending fights. However, the two proved the critics wrong and are now living their best lives in New Orleans. Jovi and Yara also took social media to share that they’re planning to move to a different city.

Yara Reveals Mylah Can Now Shop By Herself

Aside from Mylah being able to run, 90 Day Fiance star Yara Zaya also revealed that her daughter can now shop by herself. Apparently, Yara shared a picture of Mylah carrying something that she wants to buy. It also appears that Mylah doesn’t need any guidance while walking alone. This wasn’t the first time Yara shared an adorable update with her daughter. At one point, Yara took social media to share a picture of Mylah getting dressed for Christmas.

90 Day Fiance star Jovi Dufren took social media to share a throwback picture from their Christmas celebration. Apparently, Jovi and Yara Zaya wore their Christmas outfits with Mylah and fans are loving it. According to Jovi, he’s happy to finally celebrate Christmas with Yara and Mylah as well as with the fans. Jovi also said that he wasn’t able to celebrate with everyone last year as they’re still not allowed to show Mylah in public due to their contract with TLC.

At this point, Jovi and Yara have been busy with their careers. Yara just opened her own makeup line and she’s been very successful so far. Meanwhile, Jovi previously took social media to reveal that he’s about to travel again for work.