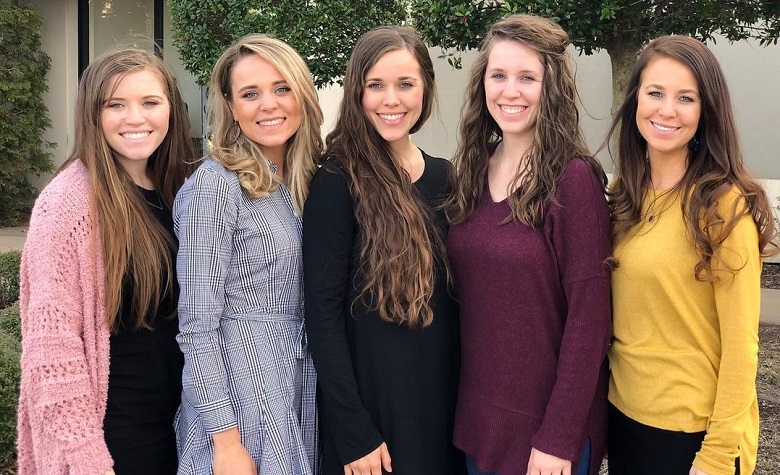 Counting On star Jill Duggar has been silent when it comes to her parents, Jim Bob Duggar and Michelle Duggar. Apparently, the Duggars are facing tons of controversies lately due to Josh Duggar’s case. It appears that Jill doesn’t want to be a part of the family’s recent issues and live her life peacefully. Now, Jill is back to share how she will celebrate Thanksgiving, and it seems that she won’t be with anyone but her own family.

Counting On: Jill Duggar Won’t Celebrate Thanksgiving With The Duggars

In a social media post, Counting On star Jill Duggar shared her Thanksgiving preparations. According to Jill, they’re going to have a late-night Thanksgiving as she’s still preparing the food. “We still have pies to bake and food to prep over here, but we have crafts happening, diffuser going and good ole southern gospel music playing!” she added. Fans also shared their preparations in the comment section and Jill did not hesitate to interact with them. Meanwhile, it’s clear to see that Jill won’t be celebrating Thanksgiving with the Duggar family. Apparently, Jill has been estranged from the family for years, and it seems that it will stay that way for a while. However, Jill is already making contact with some of her siblings. She also made it clear that she and her parents are heading towards healing, but she knows that it would take some time.

Counting On stars Jim Bob Duggar and Michelle Duggar took social media to share their Thanksgiving celebration. The two usually hold huge gatherings on special occasions. It’s also known that the Duggars don’t usually miss celebrating Thanksgiving. Due to this, it’s already expected that the family will gather once more despite all the controversies facing them. Jim Bob and Michelle also shared pictures of their kids preparing the meals for Thanksgiving. “Today it was all hands on deck preparing for our Thanksgiving meal tomorrow! We have some staples that we make every year, like our favorite homemade rolls!” Jim Bob said.

Counting On stars Jim Bob Duggar and Michelle Duggar have been facing so many criticisms lately. Apparently, many are not pleased with Jim Bob’s decision to run for office amid the case of his son, Josh Duggar. Fans are also calling out Michelle for promoting a book that talks about “assault on Christianity” amid Josh’s ongoing case. Some are even accusing Jim Bob and Michelle of protecting Josh from his immoral sins.

At this point, Jim Bob and Michelle have yet to share updates regarding Josh’s case. However, there are reports stating that Josh has been failing in trying to defend his case. Is Jim Bob planning his next steps to help his disgraced son?