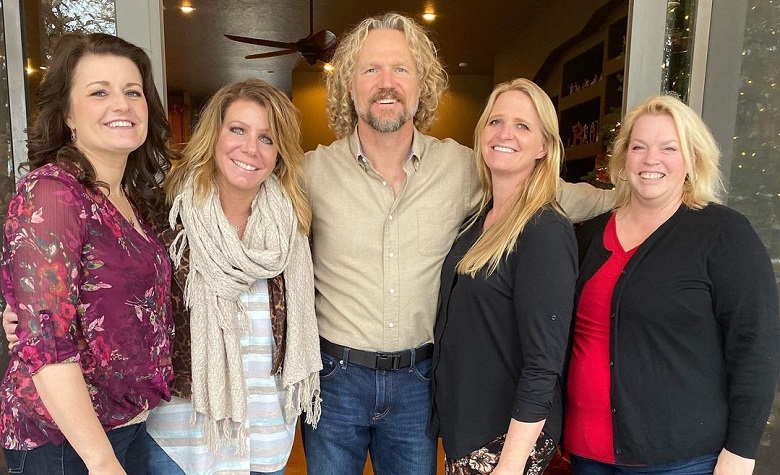 Sister Wives Season 16 has finally arrived and fans are already sharing their thoughts online. Apparently, the latest season starts off with a stressful episode, and it seems that it’s going to stay that way for the entire season. It’s known that the Browns have faced so many challenges throughout the years. However, fans think that Season 16 is going to be the worst one. Now, fans took to Reddit to share their reaction to the very first episode of Season 16.

Sister Wives fans shared their thoughts on the first episode of Season 16 and many aren’t pleased. According to some, Season 16 started off with a stressful episode, which is something that the viewers don’t like. “Less than 5 minutes in and we have mentioned the catfish and have Robyn crying about someone else’s situation. At least it’s reliable every season,” one person said. Some also said that Christine Brown is already showing signs of wanting to leave the plural family for good. Meanwhile, some think that Kody is not interested in any of Christine’s opinions and just proceeds on sharing his plans for the Coyote Pass land.

Fans Are Still Upset By How Kody Treats His Wives

Sister Wives fans are still upset by Kody Brown’s behavior when it comes to his wives. “Kody saying Janelle and Christine are ‘two princesses making ultimatums’ boiled my blood and I’m only like 10 minutes in,” one person said. “This episode and all the stunts he’s pulling seems to be an insanely crazy level of detached coldness from these women he’s spent 25+ years with,” another person added. Meanwhile, fans are hoping that Meri Brown will follow Christine Brown as she’s no longer treated well by Kody. Apparently, Christine previously took to social media to announce that she and Kody have split and she’s now living in Utah. According to some, Meri could easily move to Utah for good due to her B&B business in the state.

Sister Wives fans also noticed that Kody Brown still treats Robyn Brown differently. According to some, Kody is so calm when he’s talking to Robyn, which is something that he doesn’t do when it comes to his other wives. Some also pointed out Kody’s sweetness towards Robyn. “Did anyone else notice he didn’t kiss any other wife upon greeting but Robyn,” one person said. “Yes!!! He treats her noticeably differently,” another person added. Robyn has been dubbed as Kody’s favorite wife for years, and it seems that it’s going to stay that way in Season 16.

It’s clear to see that the first episode of season 16 is already stressful to watch. However, TLC previously teased that the entire season will focus on the downfall of the plural family. Due to this, fans can expect more stressful episodes in the future. Will Kody finally get his wives on the same page?