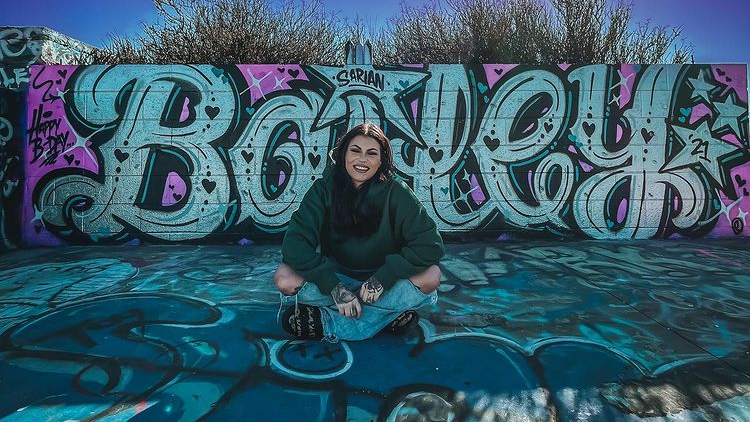 You’d be hardpressed to find a celebrity that never gets rude questions from time to time. But YouTuber Bailey Sarian has finally had enough of one particular question.

The holidays are upon us and we’re all preparing for Thanksgiving at the end of the week. Bailey Sarian generally takes at least one week off per month to focus on her personal life — and sometimes more during the holidays. Like all of us, she has family and friends to attend to.

However, some fans have gotten a little nosy lately. According to Bailey’s Twitter account, some fans keep asking if she’s expecting a baby.

Stop asking if I’m pregnant. I’m not. I’m just fat. Like what do u want me to do here? Lose weight? I’m busy right now and the holidays are coming up with the good food. Hook me up with lipo then cuz I’m not paying for it

These fans love Bailey and probably mean well, but it’s still an incredibly rude question to ask someone.

The “Dark History” hostess is married to Fernando Valdez and they have a dog together named Saint. They haven’t been vocal about their plans to start a family so far. But even if they do want a family, they will decide if and when to share that information with fans.

The makeup guru had quite a productive year

Bailey Sarian frequently takes breaks from YouTube now and then. She typically takes at least one week off from YouTube per month. Sometimes she takes off more time if it’s the holidays season or she’s going through some mental health challenges. Towards the beginning of the year, she disappeared from the platform for quite some time before explaining her absence.

When Bailey returned to YouTube after her long silence last winter, she said she wanted to take some time off to regroup and stockpile content for new projects. This year, we saw many exciting “Murder, Mystery, & Makeup Monday” videos go up on her channel. We also saw the launch of her new podcast, “Dark History,” this summer.

I am so excited to announce the new project I’ve been working on, the podcast, Dark History! Since starting my Murder and Mystery Series, I would come across strange and unusual stories throughout history that would blow my mind! I would ask myself, ‘Why in the world did we not learn this in school?’ I wanted to sit down and have a chat about all the strange stories throughout history that aren’t talked about. Oh babe, this is Murder, Mystery, and Makeup to the 10th degree!” the YouTuber posted on Facebook just before the debut.

If you love Bailey Sarian, don’t forget to follow her on social media and keep up with her YouTube channel for updates. She loves interacting with fans — just be kind. Don’t comment on her weight or ask if she is expecting a baby.

Check back regularly with Entertainment Chronicle for more exciting news!