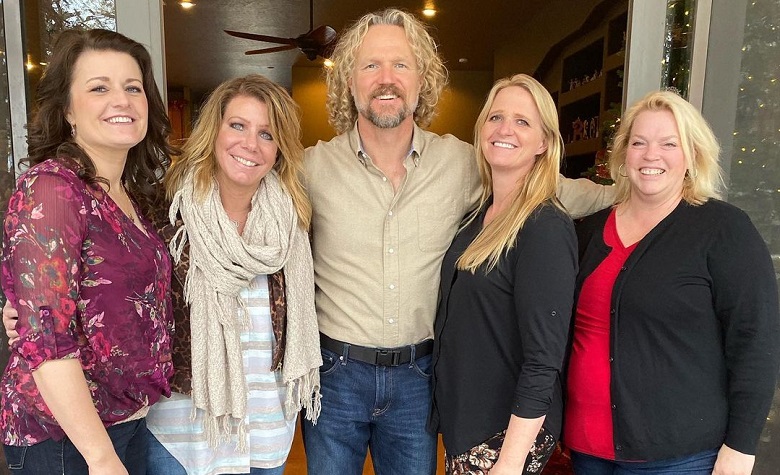 Sister Wives fans have seen Kody Brown’s struggling relationships with his wives except for Robyn Brown. Apparently, Robyn is often dubbed as Kody’s favorite wife. Fans also think that Kody and Robyn’s unfair relationship has caused too much jealousy in the plural family. However, it seems that things are changing, especially in season 16. Recently, TLC released a teaser for the upcoming season showing Robyn opening up about her struggles with Kody. Fans were surprised to learn that Robyn is now having issues with Kody after living together almost every day.

Sister Wives: Why Are Kody Brown & Robyn Brown Struggling With Their Relationship?

Sister Wives fans took Reddit to discuss why are Kody Brown and Robyn Brown struggling with their relationship. Apparently, Robyn revealed during their latest teaser that she and Kody are struggling, which is a big surprise to many as the two are often together. However, some think that it’s one of the main reasons why they struggled with their marriage. “Now that Kody is spending all his time with Robyn, I imagine that he is experiencing real day-to-day life with Robyn, which is the real reason they are struggling,” one person said.

Meanwhile, some think that Kody’s narcissistic personality also played a huge role in his struggles with Robyn. “Kody is a narcissist and narcissists suck the energy off of people around them. Some of the wives and kids have said they need a nap after having a conversation with him. Now Robyn is stuck with him 24/7 and I’m sure it’s exhausting,” one person said. Others agree and said that it’s one of the main reasons why the other wives are branching out.

Kody Is No Longer Seeing His Family?

According to reports, Sister Wives star Kody Brown hasn’t been visiting his wives other than Robyn Brown. Fans also think that Kody’s lack of attention to his other wives caused some of them to finally leave. One of which is Christine Brown, who recently revealed that she and Kody called it quits. Meanwhile, fans think that Meri Brown has decided to distance herself from putting her attention to her B&B in Utah instead of dealing with the stress caused by Kody. On the other hand, Janelle Brown previously took social media to share that she’s leaving her RV for the winter season.

Sister Wives fans from Reddit think that Robyn Brown is experiencing karma from her manipulative behavior throughout the years. According to some, Robyn has been forcing Kody to make difficult choices that benefit her and her kids. “She fought hard to get that #1 position. I don’t feel sorry for her in the least. Karma baby!” one person said. Meanwhile, some think that Kody and Robyn might end up in a divorce due to their struggles. “I could see her dumping Kody when the show ends and they can’t keep up their lifestyle anymore though,” one person said.

Fans have seen how dysfunctional the plural family has become throughout the years. However, some are still hoping that Kody will be able to fix things and get his wives on the same page next season.