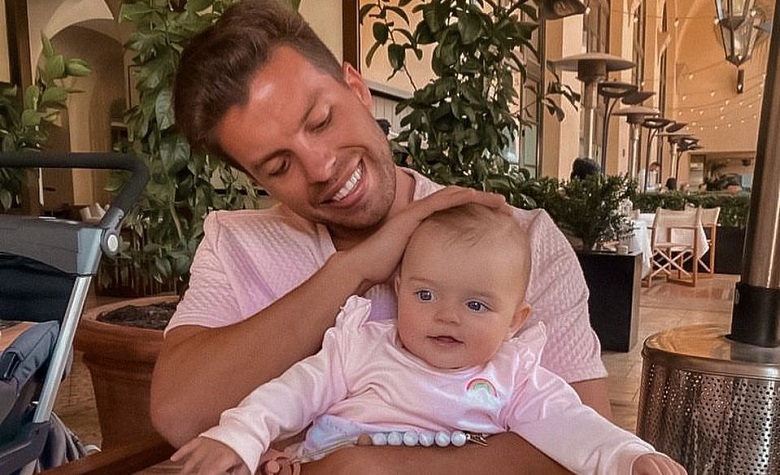 90 Day Fiance star Jovi Dufren has been making headlines due to his newfound maturity online. Apparently, Jovi has been showing to everyone that he’s now a full-time father. Fans are loving the adjustments of Jovi since Mylah’s arrival. Fans also think that this will continue in the long run and Jovi will prove that he can leave his past hobbies for his family. Now, Jovi is back to share another wholesome update with the fans. This time, it’s about his morning date with Mylah in Texas.

In a social media post, 90 Day Fiance star Jovi Dufren shared a sweet picture from his morning date with Mylah in Houston, Texas “Enjoying my coffee with my baby girl. Still can’t get over her curly hair, but I think it’s slowly changing,” Jovi said. “As you can see she’s already eating a full meal in a restaurant. Where is the time going???” he added. It appears that Jovi and his wife, Yara Zaya, are having so much fun in Texas. The two also said that they’re interested in moving to Texas. Apparently, Jovi and Yara have been trying to find a new place to settle down, and it seems that they want to test if they’ll fit well in Texas.

Jovi Teases Something Big Is Coming

Aside from his sweet morning date with Mylah, 90 Day Fiance star Jovi Dufren also teased that something big is coming. “Also, we have big news coming later this week,” Jovi said. Fans were puzzled about what might be the big news that Jovi is going to announce. Some even took his comment section to share their speculations. According to some, it might be Yara Zaya’s pregnancy announcement. Others also think that it could be another spinoff show with TLC. Meanwhile, some think that Jovi and Yara have finally found a new place to settle down.

90 Day Fiance fans have been asking TLC to keep Jovi Dufren and Yara Zaya around the franchise. Apparently, Jovi and Yara have become fan-favorites due to their success story. Fans also think that Jovi and Yara are some of the most entertaining couples to watch. TLC did cast Jovi and Yara for their popular spinoff, Pillow Talk. However, it seems that fans want more from the two. According to some, a spinoff show featuring Jovi and Yara’s life with Mylah would be a great idea.

Meanwhile, it seems that Jovi and Yara have their own ways of keeping in touch with the fans. Apparently, the two have been active with their vlogs on YouTube, and fans are loving it.