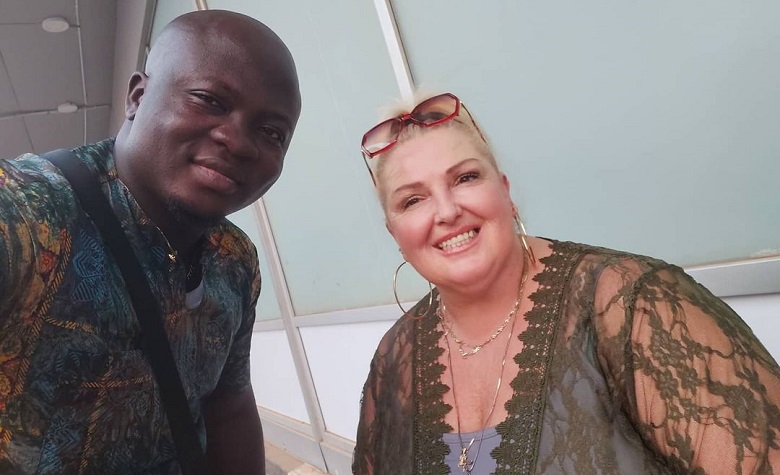 90 Day Fiance star Angela Deem has been facing tons of controversies lately. Apparently, Angela has been raising some eyebrows due to her recent activities such as partying and having feuds with her friends. Angela also went headlines after her controversial clip with Dr. Michael Obeng where she was seen hugging him while looking very happy. Fans also noticed that Angela has been silent when it comes to her husband, Michael Ilesanmi. Some even thought that the two have split due to Angela’s recent rebellious acts. However, it seems that Angela just wants to keep things private between her and her husband. Until recently. Angela finally shared some updates regarding Michael and fans are happy about it.

90 Day Fiance star Angela Deem recently took to an entertainment social media site to share a clip of her and her husband, Michael Ilesanmi, dancing to some groovy music. It just shows that Angela is still on good terms with Michael as they look so happy dancing in the cameras. It’s also clear that Michael is still in Nigeria and it seems that there’s still no update about his plans on flying to the U.S. Meanwhile, fans are happy to learn that Michael and Angela are still going strong. Some also said that Michael is looking so much better after his long social media absence.

Angela’s Controversial Clip With Her Doctor

90 Day Fiance star Angela Deem has been making headlines after her controversial clip with Dr. Michael Obeng. Apparently, Angela developed a crush on Dr. Obeng during their past episodes in the show. Due to his, the clip where she cuddles and hugs Dr. Obeng is a big issue to many. Meanwhile, it seems that Michael Ilesanmi is unaffected by Angela’s controversial clip with Dr. Obeng. However, some think that Michael doesn’t have any other choice but to remain patient with his rebellious wife.

90 Day Fiance star Angela Deem has been sharing updates about her weight loss journey. However, fans are not having it and believe that most of her progress came from her surgeries. Fans are also calling out Angela for insisting that the diet gummy that she’s been promoting has helped her a lot in losing weight. Angela is one of the most controversial stars in TLC today. Fans also think that Michael is going to be in a rough spot once he and Angela finally reunite. According to some, Angela has been so rude towards Michael when they’re still together in Nigeria and fans think that the same thing will happen once Michael is in the U.S.

Angela and Michael have been apart for a year since tying the knot in Nigeria back in January 2020. However, despite their long-distance relationship, Angela and Michael are still going strong and many are happy about it.