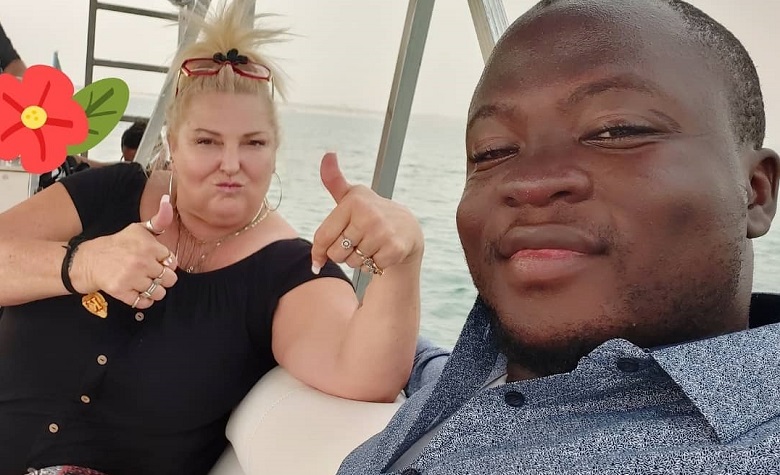 90 Day Fiance star Angela Deem is one of the most controversial stars in TLC. Apparently, Angela shocked everyone with her bizarre behavior during Tell-All. Fans also noticed her frequent cursing to her husband, Michael Ilesanmi, suggesting that they’re not on good terms. Fans are also impressed by Michael’s patience towards Angela. According to some, Michael should just find another woman that will treat him better compared to Angela. However, it seems that Angela and Michael want to prove that they’re still going strong, and breaking up will never be their option.

In a social media post, 90 Day Fiance star Angela Deem shared a wholesome clip of her husband, Michael Ilesanmi, dancing by himself. It appears that the two are having so much fun with an entertainment application. It also shows that Angela and Michael are still going strong despite the recent rumors that they split. Apparently, fans have seen Angela’s disturbing behavior towards her husband. However, it seems that Michael’s patience has won again as they remain strong together.

90 Day Fiance star Angela Deem shocked everyone during the previous episode of Tell-All. Apparently, Angela’s bizarre actions caught the attention of many. Aside from cursing a lot, Angela also flashed her breast to everyone. Angela’s behavior disappointed many. However, it seems that she didn’t care at all as she continues to showcase her disturbing behavior online. Meanwhile, some think that this may be Angela’s last year with the franchise due to her dangerous acts, which can bring serious damage to the company.

90 Day Fiance: Angela Apologizes To Everyone After Controversial Tell-All Episode

90 Day Fiance star Angela Deem recently opened up about her behavior during Tell-All. According to Angela, she has no idea why she did such disturbing actions during their couch sessions. However, she made it clear that she apologized to everyone including the staff of TLC regarding her behavior. Angela also said that tiredness and stress may have caused her to become a little out of control during Tell-All. However, fans think she should leave the franchise as she doesn’t provide a good example to many.

At this point, Angela is still in ties with TLC. She recently sat down with Tell-All host, Shaun Robinson, to talk about her surgeries and other things in her life. Is this a hint that Angela will be back for more?