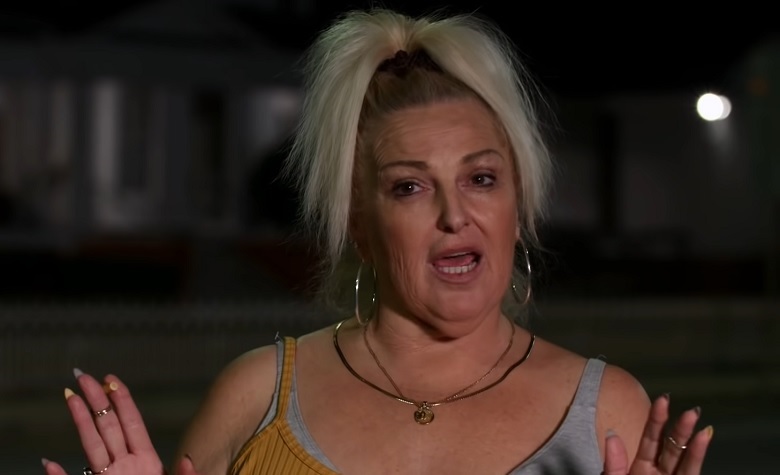 90 Day Fiance star Angela Deem has been making headlines due to her controversial actions during Tell-All. Fans are also upset about how Angela badly treats her husband, Michael Ilesanmi. Now, fans are calling out Angela again for seemingly lying about her weight loss. Fans also slammed Angela for false advertisements due to the shady diet supplement that she’s been promoting. Meanwhile, fans are speculating that Michael might never come to the U.S. at all due to Angela’s mistreatment.

In a social media post, 90 Day Fiance star Angela Deem shared a picture of her promoting a diet supplement. Apparently, Angela claimed that the “apple cider vinegar gummies” have been helping her with her weight loss. “I def rely on these to support my digestion. Get started today while they’re on sale and get that tummy,” she added. However, fans aren’t having it, especially to those who knew how Angela really lost weight. “Yo you got surgery,” one fan said. “I don’t like that your advertising and lying that you lost weight from these gummies when you lost it from surgery. False advertising,” another fan added.

90 Day Fiance fans have been calling out Angela Deem for mistreating Michael Ilesanmi. According to some, Angela’s behavior will force Michael to stay in Nigeria. Others even took Angela’s social media to encourage Micheal to never come to the U.S. “It’s definitely getting harder and harder to watch you abuse Michael. I hope he’s free to find someone different,” one fan said. “I hope Michael wakes up and realizes there are much nicer women out there,” another fan added. At this point, Michael has yet to share updates about his plans on going to the U.S.

90 Day Fiance star Angela Deem recently took social media to share that she bonded with the Siwa family. Apparently, Angela has been a good friend of the Siwas. She’s been sharing her fun time moments with the famous family for years. Angela even loves to give her grandkids JoJo Siwa merchandise. Fans also noticed that Angela has been going out a lot amid the pandemic. At one point, Angela shared clips of her partying with Nick Hogan as he celebrates his birthday.