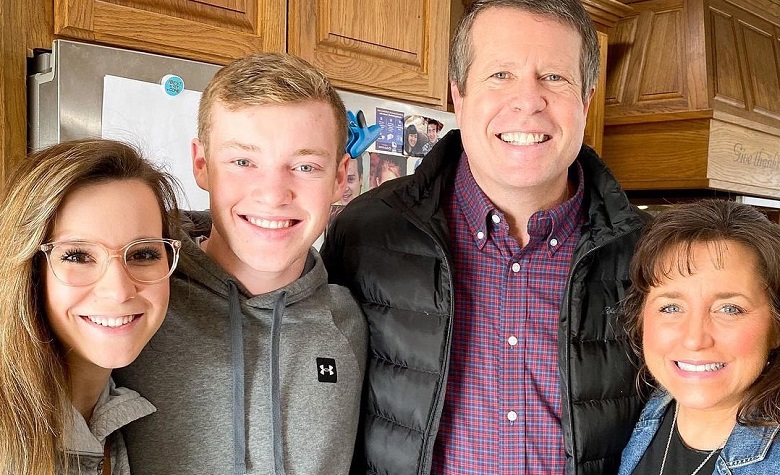 Counting On fans have been keeping their eyes close to the Duggar family ahead of Josh Duggar’s trial. Apparently, fans are speculating that Jim Bob Duggar will pull off another distraction in the coming days. According to some, Jim Bob has been trying to distract the fans from his son’s child porn case by sharing wholesome updates with the family. Fans also think that Jim Bob’s candidacy for Arkansas State Senate is one of his ways to set his son free from his immoral sins as well as to pull off a major distraction. Now, fans took Reddit to discuss what’s Jim Bob’s next plans to distract everyone from Josh’s trials.

Counting On: Fans Speculate Jim Bob Duggar’s Next Distraction Ahead Of Josh’s Trial

Counting On fans took Reddit to share their theories about Jim Bob Duggar’s next distraction ahead of Josh Duggar’s trial. According to some, Claire Duggar’s pregnancy announcement might be the next big distraction. Apparently, fans noticed that Claire and Justin Duggar have been silent regarding their plans to start a family. The two barely share updates about their lives after settling down in Texas as well. Due to this, fans think that there’s a possibility that Claire is already pregnant and they’re just waiting for the right time to announce it. Aside from that, fans also think that Jana Duggar’s courtship announcement with Stephen Wissmann is just right around the corner.

In a social media post, Counting On star Jim Bob Duggar shared a picture of his son, Jackson Duggar, during their buck hunting day. Apparently, Jim Bob’s disturbing post comes amid his candidacy for Arkansas State Senate. According to some, it’s one of Jim Bob’s ways to distract everyone and it seems that it’s a huge success. However, others think that it won’t change anything and many are already marking their calendars for Josh’s trial.

Counting On star Jim Bob Duggar recently took social media to celebrate the Premature Day with his daughter Josie Duggar. Apparently, Josie was born 3 months prematurely in 2010. She also had some complications during her arrival. According to reports, Josie had a perforated bowel at just 8 days old. Jim Bob also praised the mothers who took care of their premature kids and never gave up on them. After that, Jim Bob also thanked the families and friends who helped them during their struggles with Josie.