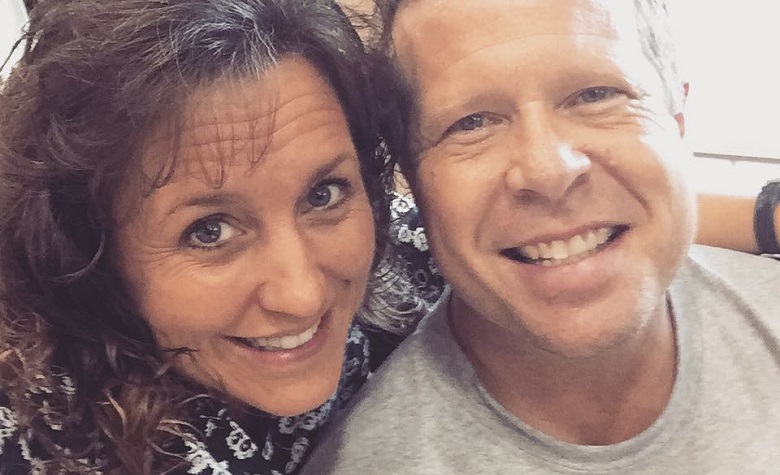 In a social media post, Counting On star Jim Bob Duggar shared a picture of his son, Jackson Duggar, holding a buck that he hunted. “Jackson got a nice buck on Saturday, the opening day of gun season here in Arkansas!” Jim Bob said. “We’ve already enjoyed some of the meat from his harvest! Deer jerky is one of our favorites to make. Jackson is a good shot, and becoming a great cook, too!” he added. However, many are not happy about how Jim Bob promoted hunting and showcase a picture of his son holding a rifle while running for office. “This isn’t it. Nope nope nope!!” one person said. “This isn’t very pro-life,” another person added.

Counting On star Jim Bob Duggar recently took social media to share his excitement on Anna Duggar’s newborn daughter, Madyson Lily Duggar. “So in love with this precious grandbaby!!” Jim Bob said. It seems that some of the Duggars have already met Anna’s newborn daughter. Apparently, there are reports stating that Anna has estranged herself from the Duggars since Josh Duggar’s arrest. However, it seems that things are getting better between Anna and the Duggars. Due to this, fans can expect that Jim Bob and Michelle Duggar will try their best to support Anna while Josh deals with his case.

At this point, Anna has yet to share updates regarding Josh. However, there are reports stating that things are not looking good for Josh as the prosecutors want to open his past molestation case. Josh’s trial will be held on November 30.

‘Sister Wives’: Fans Are Calling Out Kody For Hurting His Kids’ Feelings
‘Sister Wives’: What Are The Browns’ Financial Plans After The Show?
‘Counting On’: Fans React To Day 2 Of Josh Duggar’s Trial
‘Sister Wives’: The Brown Family’s Decision To Leave Las Vegas Is A Mistake?
‘Sister Wives’: Christine Brown Has Been Pretending On Kody Before Split