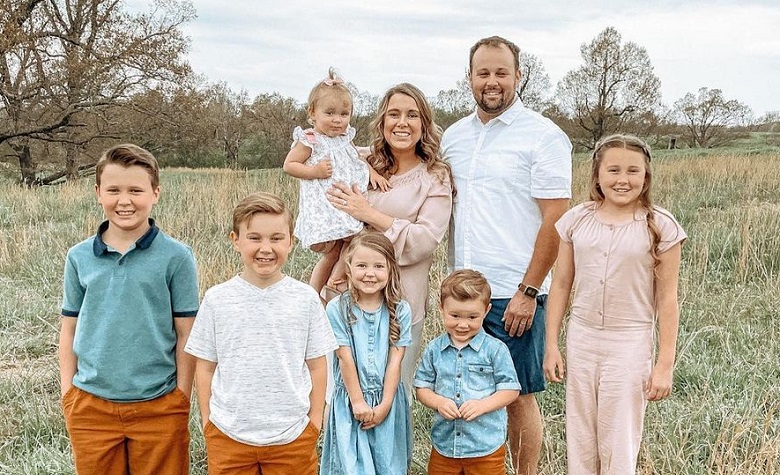 Counting On star Anna Duggar has been silent on social media since Josh Duggar’s arrest. Apparently, fans have been waiting for an update regarding Anna’s pregnancy. Anna previously revealed that she’s giving birth to her seventh child in Fall. Now, fans think that she’s overdue and some are speculating that she has already given birth. Fans also made some theories about why the Duggars are keeping things private for Anna. Meanwhile, reports claimed that Anna is still not on good terms with the Duggars, which may also be one of the main reasons why she’s not sharing updates with anyone.

Counting On: Has Anna Duggar Already Given Birth?

Counting On fans took Reddit to discuss the possibility that Anna Duggar has already given birth. “Did Anna give birth at home? Who was her midwife? Was Josh there?” one person asked. Moments later, others joined and share their theories about what happened to Anna and her newborn child. According to some, the Duggars are keeping things private to see if there’s anyone around them who’s going to leak the information. Fans also think that Anna is overdue, especially by how she looks during her recent appearance at Josh Duggar’s hearing.

Aside from keeping things private, Counting On fans think that Anna Duggar will reveal everything at Josh Duggar’s trials. “Don’t think they announced a birth but will be interesting if Anna brings a newborn to trial,” one person said. Meanwhile, fans think that Jim Bob will help Anna with most of her expenses to make her stay with Josh. However, things are not looking good for Josh and his team after reports claimed that the prosecutors are planning to open up his past molestation scandals on his upcoming trials.

Counting On fans think that Anna Duggar will draw her final card if ever Josh Duggar gets imprisoned. According to some, Anna might file a divorce with Josh and leave the Duggars once and for all. It’s known that the Duggars don’t believe in divorce. However, fans think that Josh’s case is too much for Anna to stay and pretend to be happy. At this point, Anna has yet to share updates regarding her plans amid Josh’s arrest. However, there are reports stating that she had some feud with Jim Bob Duggar and Michelle Duggar for how they handled Josh’s arrest.

It’s clear to see that Anna is in a rough situation amid her husband’s arrest. However, fans are hoping that she’ll make the right decision if things don’t go her way.