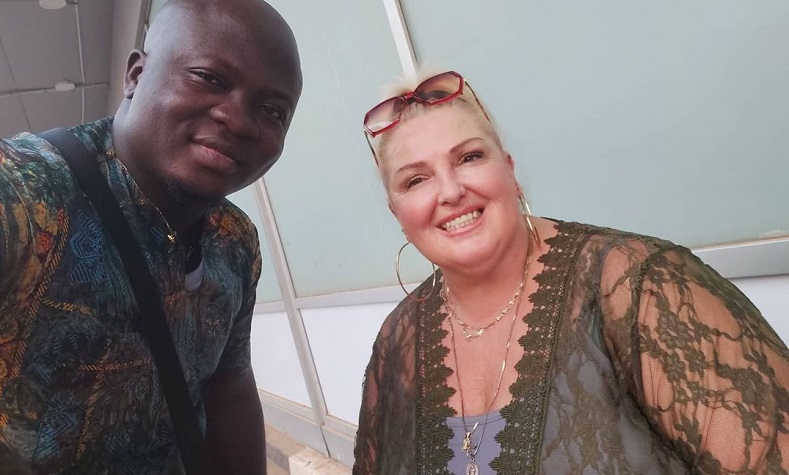 90 Day Fiance star Angela Deem is one of the most controversial stars in TLC. Apparently, Angela raised a lot of eyebrows during her Tell-All episodes where she flashed her breast on TV. Now, it seems that Angela’s reckless behavior also affected her friends. According to reports, Angela’s friend, Jojo, is no longer talking to her. Jojo also opened up about why she’s no longer close to Angela, and it seems that it’s all related to her controversial and disturbing behavior.

90 Day Fiance fans have seen Angela Deem’s close relationship with a woman named Jojo. Apparently, Angela considers Jojo her best friend, who’s also featured in some of Angela’s episodes during 90 Day Fiance. However, Angela’s friendship with Jojo went downhill, and it made a lot of fans curious. Now, Jojo finally surfaced to open up about her current status with Angela. During a social media live stream, Jojo revealed that she’s no longer talking to Angela.

According to Jojo, it all started when she and Angela went to Los Angeles to visit Debbie Johnson. However, Angela went raging after Jojo told another person that she met Debbie during the show. After that, Angela went cursing and shouting telling her that she met Debbie because of her and not from the show.”That’s what happened. And then she pulled some crap that was even worse. She told me some crap that was even worse than that. And, because of her telling me what she told me, I will never speak to her again,” Jojo added.

Angela Is Still Making Controversial Actions That May Hurt Michael

90 Day Fiance star Angela Deem has been making headlines after her recent social media post with Dr. Michael Oben. Apparently, Angela developed a crush on her doctor during their show. Due to this, Angela’s recent post hugging and being very clingy towards Oben raises a lot of eyebrows. Some even think that Michael Ilesanmi is going to be very upset if he’s in the U.S with Angela. Fans also took Angela’s social media to call her out for her disturbing behavior.  Some called her a “cheater” while some think that she has no respect towards Michael.

At this point, 90 Day Fiance star Michael Ilesanmi has yet to share updates regarding Angela Deem’s recent behavior. According to some, Angela herself is the one who’s in control of the relationship. Apparently, fans have seen how Angela controls and dominates her marriage with Michael to the point that Michael’s opinions almost don’t matter. Meanwhile, fans noticed that Michael has been inactive lately, and some think that Angela is stopping Michael from posting anything online.

It’s clear to see that Angela is still going with her controversial behavior. However, Michael remains loyal and it seems that he has no plans to leave Angela.