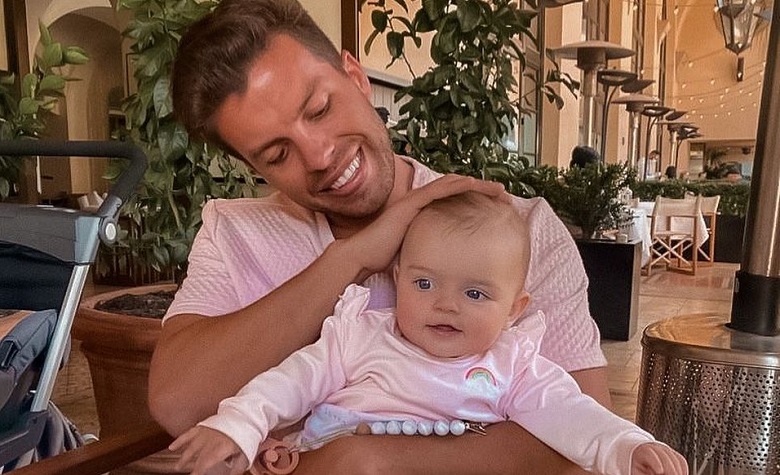 90 Day Fiance star Jovi Dufren loves to share wholesome updates about his daughter, Mylah. Fans are also praising Jovi for his newfound maturity. Jovi himself also said that he’s loving his life of being a father. Now, Jovi is back to share another story about his daughter. This time, it’s about Mylah’s first time walking. Meanwhile, Yara Zaya took social media to share how excited she is with Jovi’s new cosmetic procedure.

In a social media post, 90 Day Fiance star Jovi Dufren shared a clip of Mylah walking by herself for the first time. “Sharing Mylah’s first steps with everyone. I was extremely happy that I wasn’t away for work to miss this,” Jovi said. “She really gets going about a minute in, and then there’s the wipeout,” he added.

It’s clear to see that Jovi has been giving all of his attention to his family, which is something that fans didn’t see during his early days with Yara. Now, fans think that Jovi has become a full-time father and an amazing husband. Fans also took Jovi’s comment section to send sweet messages for Mylah. “It’s one of the best feelings in the world. Good job Miss Mylah!!” one fan said. “Awe way to go Mylah. Congratulations mom and dad!” another fan added.

Jovi Getting Ready To Travel With His Wife and Daughter

With Mylah being able to walk on her own, 90 Day Fiance fans think that Jovi Dufren is getting ready to bring her to his future travels. Apparently, Jovi previously revealed that he’ll bring Mylah to his travels around the world. However, he made it clear that Mylah is still young and the pandemic is also a major problem. On the other hand, Yara Zaya has been trying to look for a better place for her family. Yara also revealed that Houston is currently sitting at the top of their choices.

In a social media post, 90 Day Fiance star Yara Zaya shared a clip of her showing Jovi Dufren getting his new cosmetic procedure. According to Yara, Jovi is getting a Botox treatment. Yara also gushed over her husband and said that he’ll look even more handsome. Yara didn’t share further information regarding Jovi’s cosmetic procedure. However, fans are already expecting that Yara will reveal everything in their upcoming vlog.

Jovi and Yara had a successful run during 90 Day Fiance. Their popularity also resulted in TLC giving them a spot in their popular spinoff, Pillow Talk. Fans also think that Jovi and Yara will return for more entertaining content for the network company.