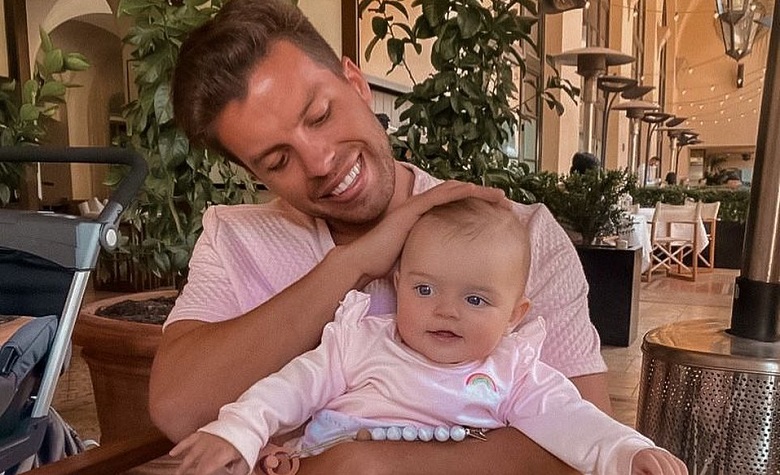 90 Day Fiance star Jovi Dufren loves to share wholesome updates about his family online. Jovi is also praised for his newfound maturity. Apparently, fans noticed that he’s becoming a family-first type of person instead of his partying and drinking habits in the past. It also appears that Jovi is having so much fun with his life after becoming a father. Now, Jovi is back to share another sweet bonding time with his family. This time, it’s about his daughter Mylah’s first pumpkin patch.

In a social media post, 90 Day Fiance star Jovi Dufren shared a picture from Mylah’s first pumpkin patch. “Mylah’s first trip to the Pumpkin Patch. Can not wait to see your reaction to our costumes next week. Who can guess what we will be??” Jovi captioned. It’s clear to see that Mylah had so much fun in her first pumpkin patch. Yara herself also took social media to share how entertained Mylah was by the decorations in the area.

Aside from their recent trip to a pumpkin patch, 90 Day Fiance star Yara Zaya took YouTube to share her recent travel vlog with Jovi Dufren without Mylah. Apparently, the two stayed in a luxurious hotel before heading out for expensive shopping. Jovi and Yara also had a sweet lunch date while talking about different hilarious topics. It’s clear to see that Jovi and Yara are becoming more active with their vlogs. Apparently, Jovi bought a new camera to record their future travels. He also promised the fans that he’ll bring Mylah to his future travels when she’s at the right age.

Aside from their sweet travel vlog, 90 Day Fiance star Yara Zaya also revealed that Jovi Dufren still wants to visit strip clubs. Apparently, Jovi himself has already revealed that his love for strip clubs will never fade. However, fans have seen how he’s been trying his best to put his attention on his family, especially on his daughter. Meanwhile, fans took Yara’s comment section to talk about Jovi’s habits. “To Jovi: Wake up! Cherish your wife. Respect her. What’s this obsession with those clubs? Grow up!” one fan said. “I will never understand why Jovi wants to go to a strip club when he has an extremely beautiful wife at home. You are a good wife and mother Yara. I think Jovi needs to grow up and realize how lucky he is to have you,” another fan added.

Despite Jovi’s love for clubs, fans still praise him for the efforts that he’s been giving to his family. The positivity surrounding Jovi and Yara also resulted in them getting a spot in TLC’s popular spinoff, Pillow Talk.