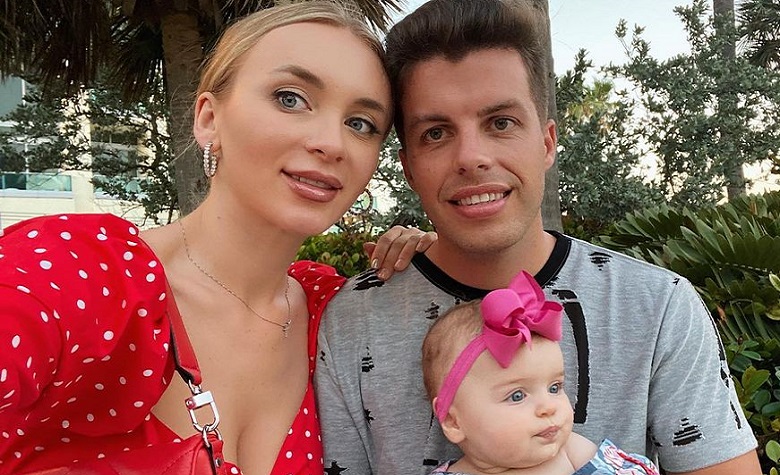 90 Day Fiance star Yara Zaya loves to share her sweet moments with her daughter, Mylah, on social media. Most of the time, Yara shares clips of her walking Mylah outside. Yara also loves to share her workout routines while her daughter watches her. Now, Yara is back on social media to share another wholesome clip with Mylah. However, this time, it’s about her and Jovi Dufren’s effort in making Mylah laugh.

In a social media post, 90 Day Fiance star Yara Zaya shared a clip of her and Jovi Dufren trying to make Mylah laugh. The clip shows Yara and Jovi dancing and singing with high energy while Mylah watches them. It appears that Mylah is pretty hard to entertain as she remains silent throughout the clip. However, fans are still impressed by the efforts of Jovi and Yara to keep their daughter entertained. Yara has been sharing hilarious clips with Mylah on social media. At one point, Yara shared a clip of Mayla having no expressions at all while playing with a puzzle toy.

90 Day Fiance fans have been praising Yara Zaya and Jovi Dufren’s parenting style. Apparently, fans thought that the two wouldn’t last and will struggle with their daughter. However, Jovi and Yara have been proving the critics wrong. Fans also noticed that the two have been financially stable, showing that they’ve been working so hard for their family. Meanwhile, some continue to criticize Yara for seemingly flaunting their wealth. However, Yara made it clear that she just doesn’t want to share what she’s doing when she’s working. Instead, she shares pictures of her relaxing with Mylah and Jovi.

90 Day Fiance star Yara Zaya has been making headlines after reports claimed that she’s pregnant. Fans also took her social media to ask if she’s having her baby number 2 soon. However, Yara recently took social media to clear things up about her pregnancy rumors. Apparently, Yara shared a picture of her showing off her flat tummy, indicating that she’s not pregnant at all. Yara also loves to share her intense workouts, which are dangerous for pregnant women. Meanwhile, Jovi has made it clear that having another baby is not in their plans yet.

I always dance in front of her, she laughs so hard 😂😂😂