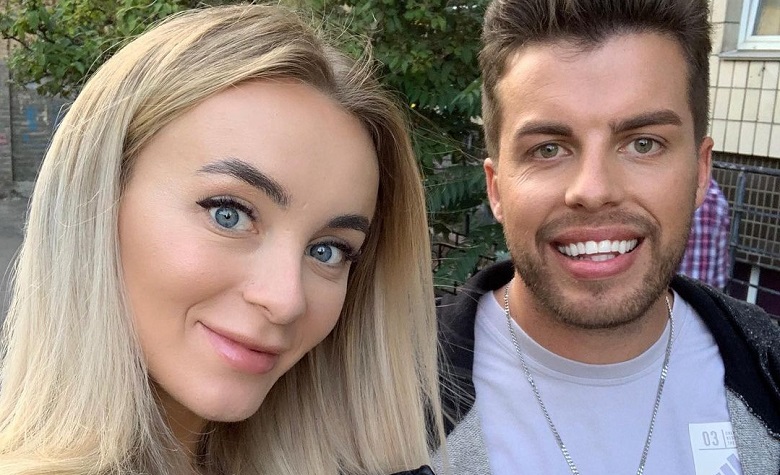 90 Day Fiance star Jovi Dufren has been keeping in touch with the fans by sharing updates about his family. Apparently, Jovi previously revealed that they’re planning to leave NOLA for good. However, while trying to find a place, Jovi and Yara Zaya never forget to keep their daughter, Mylah, in touch with the fans. Most of the time, Jovi and Yara travel and go on dates with their daughter. It’s clear to see how Mylah brought so much happiness to Jovi and Yara’s lives. However, it seems that Jovi also wants to remember the days when he’s still spending time with Yara without their daughter. Due to this, he decided to go on a date with Yara for the first time in 14 months.

In a social media post, 90 Day Fiance star Jovi Dufren shared a picture from his first date with Yara Zaya without their daughter. Apparently, it’s been quite some time since Jovi and Yara last spent time together. It’s unclear where did the two left their daughter. However, fans think that Mylah was left to her grandmother, Gwen. “Enjoying our baby free time for the first time in 14 months,” Jovi captioned. “And we miss Mylah so much. But it was still nice to have a little getaway to New Orleans. And yes, we went to Penthouse last night. You guys will see more in our Youtube video,” he added.

After their morning date, 90 Day Fiance star Jovi Dufren shared clips from their road trip. He also let Yara drive the car while he teases her. It’s clear to see that Jovi and Yara had a really good time together. However, it seems that they’re more excited about going back home to see Mylah again. Jovi has been praised for his newfound maturity. Fans are also happy that he’s becoming more of a father to Mylah instead of his old habits such as partying and drinking. Jovi himself also took social media to share how much he’s loving his life of being a father.

90 Day Fiance: Are They Still Moving?

90 Day Fiance star Jovi Dufren previously revealed that they’re leaving New Orleans for good. However, it seems that they’ll be staying for a while as they still struggle to find the best place. Meanwhile, fans think that there’s also another reason why they still haven’t left. According to some, Yara might be pregnant, which forces them to stay in NOLA in order to save money and prepare for their second baby.

At this point, Jovi has yet to confirm if Yara is pregnant. However, fans got excited after Yara seemingly teased everyone after sharing a clip of her showing off what seems to be a baby bump. Are Yara and Jovi expecting baby number 2?