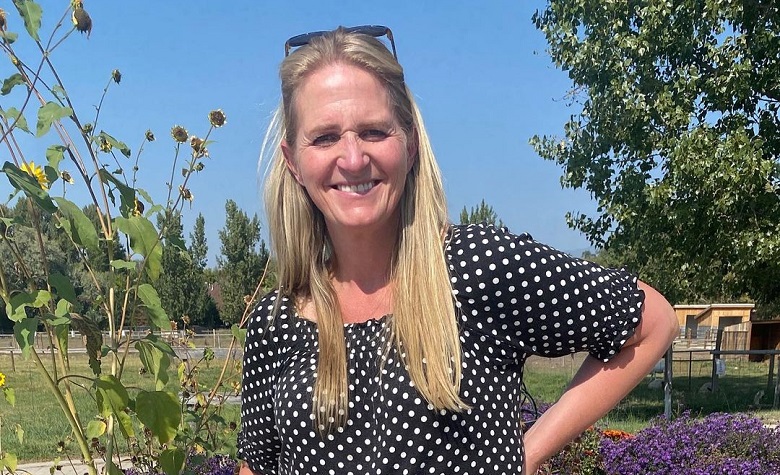 Sister Wives star Christine Brown has been making headlines after reports claimed that she’s planning to leave the family. Apparently, TLC released a new teaser for season 16 showing how Christine still wants to move back to Utah. Christine reportedly moved to Utah after selling her Flagstaff home. Fans also took Reddit to discuss Christine’s rumored move. Some are happy about her decision. However, others think that it will cause major problems in the plural family.

Sister Wives fans took Reddit to discuss the possibility that Christine Brown may have actually moved back to Utah. “I guess it’s real! She listed her new address in Utah on some records from the sale of her home,” one person said. Moments later, others joined the discussion and hoped that Christine’s rumored move is legit and not temporary. “God I hope this isn’t just a temporary thing until they build the houses! I want her to be free so bad,” one person said. “Well seeing as the houses will probably never actually be built, this may be permanent!” another person added. Others also said that Christine’s alleged $1.1m home in Utah is an indication that her move is for good. Some also assumed that it was true and praised Christine for her brave move.

How Will It Affect The Plural Family?

Sister Wives fans think that Christine Brown’s move will be a wake-up call to the other struggling wives of Kody Brown, especially Meri Brown. Apparently, Meri has been struggling with her relationship with Kody for years. However, she hasn’t left the plural family despite their never-ending problems. According to some, Meri might follow Christine if her move to Utah was indeed true. Meanwhile, Janelle Brown might also decide to leave due to her poor living condition after deciding to live in an RV, which leaves Kody and his favorite wife, Robyn Brown, in Flagstaff.

Sister Wives star Christine Brown has been busy traveling lately. However, some think that it’s one of Christie’s ways to cover up her recent move to Utah. Apparently, Christine hasn’t shared a clip or picture inside her Flagstaff home for weeks. Due to this, fans think that did sell her house and moved to Utah. Meanwhile, Kody Brown remains silent regarding the status of his wives ahead of their upcoming season.

At this point, Christine has yet to confirm if she did move back to Utah. However, all of the questions will hopefully get answered in season 16, which will premiere on November 21, 2021.