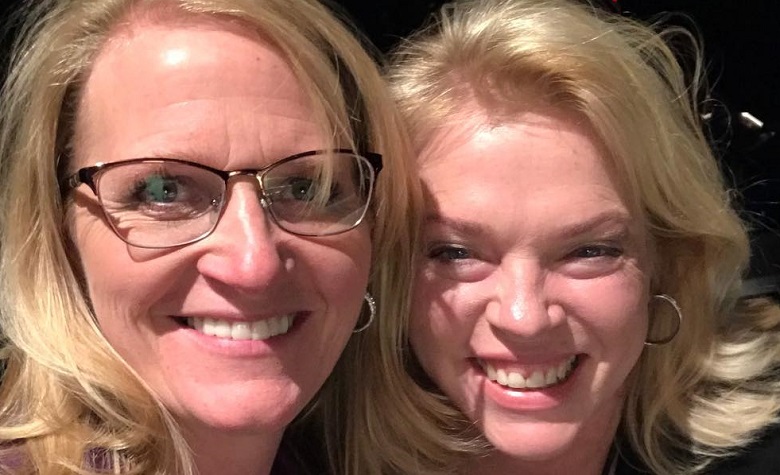 Sister Wives stars Christine Brown and Janelle Brown have been bonding a lot lately. Apparently, Christine partnered with Janelle to promote a diet drink. Since then, the two have been so close together. They even traveled together in Universal Studios with their kids. Now, Christine and Janelle took social media to share that they spent a relaxing day at the beach. Meanwhile, fans think that it’s one of Janelle and Christine’s ways to step away from their stressful lives in Flagstaff.

In a social media post, Sister Wives star Christine Brown shared a picture of her relaxing at the beach. According to Christine, she’s enjoying the view with her daughter, Truely Brown. Christine also said that they’re amazed by the number of cargo ships passing by at the beach. On the other hand, Janelle Brown also shared a clip from their day at the beach. “Final day in CA. At beach close to Huntington. Look at all the container ships sitting and waiting to be unloaded,” Janelle said. It’s clear to see that Christine and Janelle are having so much fun together lately. Fans are also happy that the two are getting much closer despite the plural family’s recent struggles in Flagstaff.

Christine & Janelle Stepping Away From The Family?

Sister Wives fans have seen how the Brown family struggled in Flagstaff. This is also one of the main reasons why fans think that Christine Brown and Janelle Brown are stepping away from the family. Apparently, the pandemic has been a huge challenge for the Browns. Kody Brown even told his wives to stay at home as much as possible. However, it appears that Christine and Janelle got tired of staying indoors too much while waiting for Kody to visit. According to some, Kody’s strict household rules may have forced Christine and Janelle to travel a lot without Kody’s permission.

Sister Wives: Things Are Expected To Get Worse In Season 16

Sister Wives fans are getting worried about season 16. Apparently, the upcoming season will feature more challenges in the plural family. It also appears that Kody Brown is getting more frustrated with his wives, especially when it comes to decision makings. Christine Brown is still insisting to move back to Utah as well, while Janelle Brown is getting tired of their never-ending problems.

TLC teased that the Browns are falling apart in season 16. There are also speculations that the upcoming season will be the final days of the Browns on small screens. Will Kody and his wives survive all the challenges?