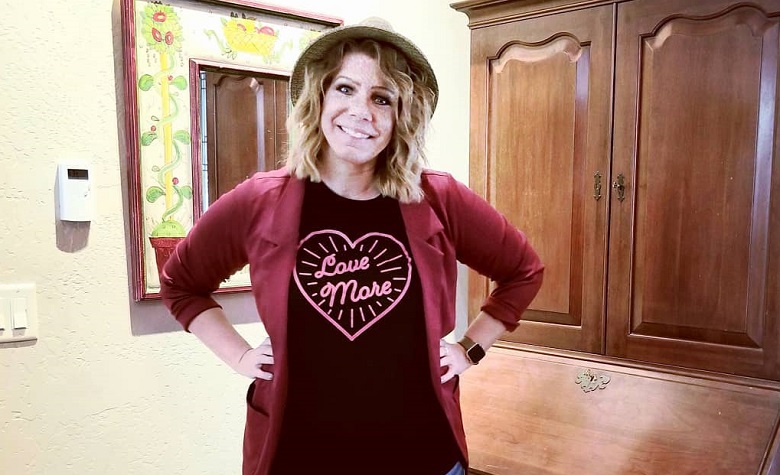 Sister Wives fans have seen Meri Brown and Kody Brown’s struggles throughout the years. Meri tried fixing it but ended up in disappointment as Kody remained cold towards her. It also appears that Kody has lost his trust over Meri since her catfishing scandal back in 2015. Since then, Meri has been sharing cryptic quotes that seem to depict her dissolving relationship with Kody. Some are hoping that the two would still reconcile next season. However, Meri’s latest post seems to show that she’d no longer wait for Kody to bring back what they used to be.

Sister Wives: Meri Brown Says She Won’t Wait For Kody To Be Happy

In a social media post, Sister Wives star Meri Brown shared a quote that talks about being happy by herself. “True happiness comes from within, not from someone else,” Meri said. “Don’t make the mistake of waiting on someone or something to come along and make you happy,” she added. It appears that Meri wants to make it clear that she won’t wait for Kody Brown to make her life better, showing that she’s getting used to Kody’s absence in her life. However, despite her struggles with Kody, Meri never thought about leaving. Due to this, fans think that there’s still hope between the two.

In a social media post, Sister Wives star Meri Brown shared a picture of her with a dog as she waits for her car maintenance to finish. “What do you do when you’re killing time at the dealership waiting for your car to get finished?” Meri said. “You take selfies with the puppy who obviously not interested, of course! Hope your day is more exciting than mine is!!” she added. Moments later, fans took Meri’s comment section to praise her new look. “Loving your haircut!” one fan said. “Love your eye makeup! Less is more,” another fan added.

Sister Wives: Will Meri & Kody Patch Things Up Next Season?

Sister Wives fans are hoping that things will get better between Meri Brown and Kody Brown next season. Apparently, TLC teased that the Browns are still falling apart in season 16. However, they’re aiming to build on the Coyote Pass land, showing that they’re still not giving up on their ambitious goal. Due to this, fans are hoping that Kody and Meri would somehow find a way to reconcile and get back to what they used to be.

At this point, Meri and Kody have yet to share any updates about their relationship. However, fans think that Meri has been shading Kody by posting cryptic quotes online. Will the two patch things up next season?