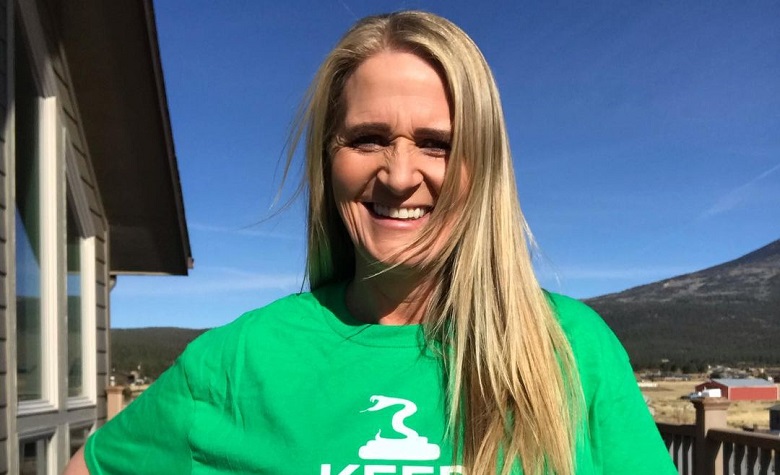 Sister Wives fans have been keeping their eyes close to Christine Brown after reports claimed that she moved back to Utah. At this point, Christine has yet to confirm if she did move. However, fans are already assuming that her move was real, especially with the recent documents uncovered, showing that she now owns a $1.1m house in Utah.

Fans also think that it’s one of the main reasons why Christine sold her Flagstaff home. Now, fans took to Reddit to discuss what’s next for Christine. According to some, they’d watch her own spinoff if ever TLC gives her the opportunity.

Sister Wives fans took Reddit to discuss how would they love a solo spinoff show for Christine Brown. According to some, they’d watch a show where Christine tries to find a new man after leaving Kody Brown. Some also suggested other ideas if ever Christine gets her own show.

“I think we all would watch a show with Christine and no Kody. In fact, I would prefer it to not be a dating show,” one fan said.

“I would watch the h*ll out of a show where she sets up a household where she is the master of her own destiny and finds happiness in many things, not just another man,” another fan added.

Meanwhile, others are suggesting to start a petition to send to TLC in the hopes that Christine will get her own spinoff.

Sister Wives fans have seen Christine Brown and Kody Brown’s decaying relationship throughout the years. According to some, Kody is starting to treat Christine like Meri Brown. Apparently, Kody has been cold towards Meri to the point that the two don’t look like a couple anymore.

At this point, Christine has yet to share updates with Kody. However, fans think that she’s been trying to step away from the plural family, especially after rumors claimed that she finally moved back to Utah.

At this point, Sister Wives star Christine Brown has yet to share her whereabouts. She’s been traveling recently with Janelle Brown, suggesting that she’s still in Flagstaff. However, fans think that it’s just one of Christine’s ways to distract the fans from her move to Utah.

Meanwhile, Kody Brown has been silent when it comes to his wives. According to reports, he’s still struggling financially, which is causing the wives to break free from the family.

TLC previously teased that the Browns are still falling apart in Season 16. Fans even speculated that it may be the last time everyone will see the plural family on the small screens. Will Kody and his wives overcome all of the struggles?