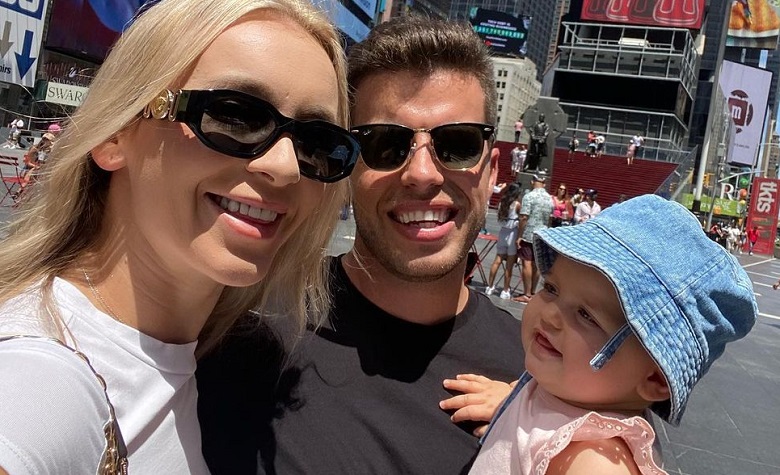 90 Day Fiance star Jovi Dufren has been receiving praises due to his newfound maturity. Apparently, fans have been noticing huge changes to Jovi’s behavior. According to some, he’s becoming a full-time father. Jovi himself also took social media to share that he’s loving his life of being a father to Mylah. However, it seems that Jovi won’t waste any time trying to attend parties even when Yara Zaya and Mylah are around, especially when the event is just right outside their house.

In a social media post, 90 Day Fiance star Jovi Dufren shared clips of them partying in their neighborhood. Jovi also shared a clip of Yara Zaya raising Mylah as they enjoy the party. It also appears that the party in Jovi and Yara’s town are nothing like what Jovi attends back home, which is why Yara and Mylah joined. There are also performers and food stalls around the area. Fans are also happy that Jovi’s town and the entire New Orleans are finally recovering after Hurricane Ida’s devastation. Jovi was also praised for his efforts to help those who are in need during the hurricane.

Aside from sharing their recent neighborhood party, 90 Day Fiance star Jovi Dufren also shared a wholesome clip with his daughter, Mylah. Apparently, the clips show Mylah already watching cartoons at 6 in the morning. It’s also clear to see that Jovi is tired in the clip. However, he still joins Mylah on her morning TV, showing how much of a loving father he is. This wasn’t the first time Jovi shared his fatherly love with Mylah. At one point, Jovi shared a picture of him feeding Mylah while telling the fans that he can’t believe how fast his daughter is growing.

90 Day Fiance fans have been asking TLC to bring back Jovi Dufren and Yara Zaya on the franchise. Apparently, the two easily became fan-favorites due to their successful storyline. Now, TLC granted every fans’ wish as they bring back Jovi and Yara to their popular spinoff, Pillow Talk. TLC already released a teaser of Jovi and Yara’s Pillow Talk scene. During the teaser, Jovi and Yara reacted to the struggling relationship of Corey Rathgeber and Evelin Villegas.

With Jovi and Yara’s return to TLC, it’s safe to say that they’ll be around with the franchise for a while, especially now that they’ve become a fav-favorite couple. Fans are also hoping that Jovi’s mother, Gwen, will also have some screen time in the spinoff.