Popular rap artist Tyga might be facing some serious felony charges in Los Angeles. Today, the celeb surrendered himself willingly to local police. Read on to find out how this performer got himself into some hot water with authorities.

Tyga, whose legal name is Michael Stevenson, has officially been arrested and booked for felony domestic violence. On Tuesday, the performer voluntarily turned himself into the Hollywood precinct of the LAPD. The arrest was confirmed to the press by officer Lizeth Lomeli in a statement to USA Today.

The arrest comes just one day after authorities allegedly responded to the domestic incident. The Los Angeles Police Department confirmed the arrest on their public social media accounts.  The celeb was booked and processed in a timely fashion. He then quickly sprung himself from jail. His release was contingent on posting a $50,000 bond.

Just yesterday, Tyga’s latest girlfriend, Camryn Swanson, posted an Instagram story that included photo proof of the injuries caused by the alleged incident. As you likely know, Instagram stories only stay on the site for a short while before disappearing. Thankfully, we were able to get ahold of the photo before it expired.

In her post, the young influencer shared a snap of herself with a nasty black eye. Camryn revealed that she was the victim of physical assault. She did not, however, mention her boyfriend’s name as the perpetrator of the abuse.  LAPD refuses to confirm third-party involvement.

The Instagram post revealed that the abuse has been going on for a while now. Swanson wrote alongside a photo of herself with a bruised eye. Camryn captions a second photo, “I’m so embarrassed and ashamed it had to get to this but I have to stand up for myself.”

Unfortunately, even with the LAPD involved and major media reporting – details around the actual incident of abuse are a bit muddy. Camryn has shown off her black eye on social media, telling followers she never thought he would do something like this. We know that the police did go out to investigate the ‘domestic incident’ and we know that he would later turn himself in. Beyond that, there is a lot of information that seems to be out of reach.

Where exactly did the incident happen? – We don’t know.

Did she herself call the police to report the event before posting on social media? – That goes unanswered as well.

Some reports say that the 22-year old showed up to Tyga’s house drunk and belligerent and that an altercation ensued. Camryn, however, swears this is not the case. In fact, according to a report from Radar Online, Camryn contacted celebrity gossip mill, TMZ to stand her ground and claim that she was not drunk or hostile at her ex’s home. Instead, Camryn alleges Tyga held her hostage after an argument. She claims that Tyga refused to let her to leave.

We will continue to report on this case as more solid details emerge.

Check out Entertainment Chronicle daily for all the latest on your favorite celebrities and industry news. 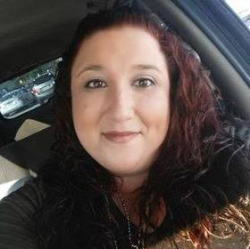 Nikki Desrosiers
Nikki Desrosiers has been working as a freelance writer since 2006, specializing in creating custom website content for small businesses and informative/ news-based writing. In her spare time she enjoys spending time with her two kids, watching medical dramas and annoying her friends with her love of 90’s alternative music.