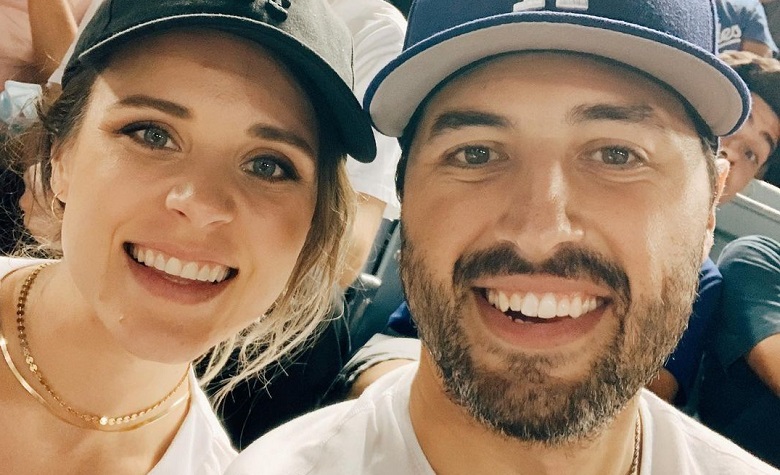 Counting On fans have seen Jinger Duggar and Jeremy Vuolo’s happy life in Los Angeles. Fans also think that the two have completely changed their lifestyle since moving to L.A. Some also noticed that Jinger’s looks have changed from modest to trendy. However, some think that there’s a reason behind Jinger’s new look. According to some, it may be due to Jeremy and his dark
secrets. Fans also took Reddit to discuss how they have lost trust over Jeremy throughout the years.

Counting On fans from Reddit made a discussion about how they lost their trust towards Jeremy Vuolo. Apparently, reports claimed that Jeremy was once attracted to another woman, and it’s one of the main reasons why Jinger Duggar dyed her hair. Some also think that Jeremy is still doing the same thing on social media, and Jinger knows it as well. However, fans think that Jinger decided to keep it to herself to avoid things from getting worse.

Counting On star Jinger Duggar has been receiving praises on social media lately. Apparently, Jinger cut her hair short, which is against her family’s beliefs. However, fans praised Jinger for her new look and said that it fits her perfectly. Aside from that, fans have been noticing Jinger’s trendy fashion such as wearing pants and shorts, as well as high-end sneakers. Jinger also caught a lot of attention after her massive weight loss. Apparently, Jinger has been working out lately and fans are impressed by the results of her hard work. Meanwhile, some think that it’s one of Jinger’s ways to impress her husband and to regain his attention.

Despite talking about losing trust over Jeremy Vuolo, Counting On fans from Reddit still believes that the two wouldn’t split. “He will not ever divorce Jinger. He will just have a side piece,” one fan said. “She will just pretend she has no idea even if she actually does. Her naivety will make her the perfect person to cheat on from his perspective,” another fan added. Fans also think that the two have already fixed their past issues with each other, which is why they’ve been looking so happy online. The two even wrote a book about their story, which describes how much they love each other.

At this point, Jeremy has yet to share his comments regarding his cheating rumors. However, it’s clear to see that the two are still together and happy. Due to this, it’s safe to say that the two would survive any roadblocks in the future.